(MoneyNews) Economist Barry Eichengreen says Europe doesn’t have months, much less years, to resolve its crisis because it’s mere days away from disaster. “At this point, it has only days to avert the worst,” Eichengreen writes in Project Syndicate. 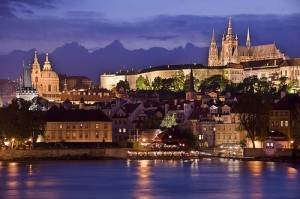 “It is critical that leaders distinguish what must be done now from what can be left for later.”

The first urgent task is for Europe to bulletproof its banks, says Eichengreen. “Doubts about their stability are at the center of the storm,” he says. “It is no coincidence that bank stocks were hit hardest in the recent financial crash.”

There are several ways to recapitalize Europe’s weak banks, according to Eichengreen.

“The French and German governments, which have budgetary room for maneuver, can do so on their own,” he says. “In the case of countries with poor fiscal positions, Europe’s rescue fund, the European Financial Stability Facility, can lend for this purpose,” he says.

“If still more money is required, the International Monetary Fund can create a special facility, using its own resources and matching funds put up by Asian governments and sovereign wealth funds.”

Bloomberg reports that, after almost two years of fighting to contain the region’s debt crisis and providing the biggest share of three European bailouts, German Chancellor Angela Merkel is laying the ground for what markets say is almost a sure thing: a Greek default.

“It feels like Germany is preparing itself for a debt default,” Cailloux, chief European economist at Royal Bank of Scotland Group, said in an interview.

“Fatigue is setting in. Germany could be a first mover or other countries could be preparing too.”

It was sadly ironic that Texas energy company Luminant announced it would lay off 500 employees on the same morning...