Ten years after the worst terrorist attack in American history, the Muslim terrorist is almost entirely absent from movies and television shows. He will show up on the evening news, when there’s no way around it, but when it comes to entertainment, the American TV viewer is fed a steady diet of movies and shows featuring positive depictions of Muslims. And that’s not just liberal bias at work.

I have written about Unity Productions in the past and its pernicious PBS propaganda machine, and another UPF project is MOST (Muslims on Screen and Television) which partners with a number of American useful idiot groups to promote positive depictions of Muslims on television. Another force working toward promoting Muslim propaganda on television is the Muslim Public Affairs Council’s Hollywood bureau, which helped reshape 24 from a show concentrating on the War on Terror into Muslim propaganda. MPAC began life as a Muslim Brotherhood project. Its attempts to control American television programming are in line with the Brotherhood’s mission. 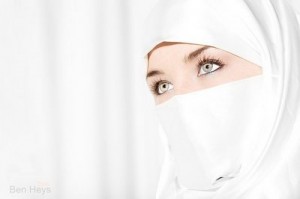 Western convert to Islam find Islam appealing and exotic at first until she decides it not fit for her and tries to leave the religion, an act punishable by death according to Islamic law.

Seen against that backdrop, All-American Muslim, the new unreality show meant to promote the myth that Muslims are just another minority fully integrated into America with the same goals and dreams as the rest of us, is part of a larger agenda. The one that gave us Aliens in America and HBO’s Koran by Heart.

All-American Muslim cuts to the chase pretty quickly with an American undergoing conversion to Islam. While the show tries to present members of its Dearborn Muslim families as individuals and non-conformists, in the final analysis Jeff, an Irish-American who wants to marry in, must conform and submit to Islam. When Jeff pronounces the Shahada, proclaiming that there is no god but Allah and turning his back on his Catholic faith, viewers are supposed to celebrate.

“I am surprised how easy it is to convert to Islam,” Jeff says. What the show neglects to mention is that while it is very easy to convert to Islam, it is quite difficult to leave. Having converted in a nationally televised event, should Jeff leave when the marriage goes south it will be considered apostasy which carries a death sentence. It’s easy to play So You Want to be a Muslim, so long as you don’t mind choosing between losing your freedom of choice… or your life.

The theme of All-American Muslim is that Muslims are just like us. It’s the same message that Hollywood has been blasting at us for ten years as if anyone were under the impression that Muslims are aliens from another planet.

Muslims are like us; that’s the problem. The Nazis were like us too. So were the Communists. They were and are what we are capable of becoming if we fall under the sway of a totalitarian ideology that insists it has the right and duty to enslave the human race. And so we’re treated to endless scenes of normalization. Muslim women care about their looks. Muslim men like sports. Muslims hold down jobs and deal with the same issues that we do.

If reality shows like Jersey Shore and Real Housewives regale us with freaks and orchestrated drama, All-American Muslim goes in the other direction to assure us once again that there’s absolutely nothing freakish about Islam. Just good ordinary people who submit to Allah and wear Hijabs in order to be closer to Allah.

But the effect isn’t really what Shed Media, responsible for such great entertainment as My Transsexual Summer and Basketball Wives, had in mind. The more All-American Muslim tries to reassure us how normal and ordinary it is, the more surreal it becomes. Like the pod people, All-American Muslim only highlights the unnaturalness of the core ideology of Islam by dressing it up in the ordinary everyday minutia of American life.

The more All-American Muslim tries to “defuse stereotypes” with Muslim businesswomen and a tattooed self-proclaimed hillbilly, the more we’re reminded of the true status of women under Islam. Every time All-American Muslim insists on how free and liberated Muslim women are, it’s a lie that takes place under the shadow of a Muslim world where women have few rights.

The Muslim families in All-American Muslim are being allowed to make choices that don’t exist in the Muslim world, and rather than embracing their new freedom, the show defaults to promoting a submission to Islam through the Hijab and the Shahada. And there’s nothing American about that.

Behind the scenes, All-American Muslim is a programmed deception, like most Reality TV, but the motivation is different. The show presents Shadia Amen, who marries Jeff, as more liberated because she doesn’t wear a Hijab, unlike her more devout sister, but in an interview she admitted that “I wore a scarf for 13 years. I took it off because if I’m going to represent my religion, I want people to get the right image.” 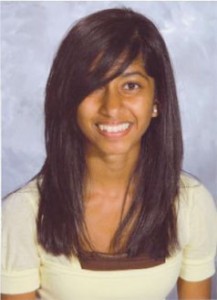 Fathima Rifqa Bary left Islam for Christianity and had to go in hiding from her family trying to kill her, right inside the United States.

All-American Muslim pretends that Shadia and her sister represent two approaches to Islam, but in reality they represent the same approach: deception. Both sisters wear their badge of slavery, but one takes it off when it’s time to present “the right image.”

The “right image” is what All-American Muslim is about. It’s not a reality show, it’s a compulsive exercise in spin and branding. Like a corporation that most people only know for dumping toxic waste in the ocean and poisoning the elderly, Islam constantly needs rebranding and makeovers. But the spin is just the opening to promoting it and its abusive practices.

All-American Muslim finds numerous ways to promote the Hijab, even connecting the practice in a positive way to the brutal Islamic takeover of Iran. It emphasizes how easy it is to convert to Islam without telling you the consequences of leaving. But its worst deception is lying to Americans about the consequences of Islam in their community.

When Fouad Zaban, a local high school football coach, switches the team to night practice in order to accommodate the Ramadan fast, there’s no discussion about the separation of mosque and state, or how far this species of accommodation will go. In all its scenes of Muslims running businesses, working out or shopping for clothes, the lesson we are supposed to take away is that we have nothing to worry about because they are ordinary people just like us. But the issue is not about Muslims. It is about Islam.

There was a time when Discovery Communications broadcast educational programming. Today TLC features Sister Wives, Kate Plus 8 and Toddlers and Tiaras– and among all their shows that try to make Americans seem as freaky as possible, there is All-American Muslims, a show that tries to make a religion which believes in world domination and the inferiority of women, seem normal.

The filmmaker Michael Moore was on Piers Morgan’s CNN show a couple of nights ago and was asked (via Twitter)...