Colombia has been identified as the mysterious buyer of Israeli Unmanned Aerial Vehicle (UAV) systems worth $50 million. 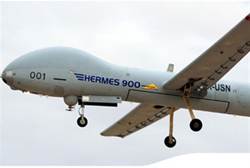 Elbit had stated in a press release earlier this month that the UAVs were sold to an unidentified Latin America country. Several defense publications in the United States later pointed to Colombia, which sources said is interested in using the systems against rebels. Colombia previously has accused Venezuela’s Hugo Chavez of backing anti-government forces.

The Israeli-based Elbit is hoping the sale to Colombia will open up other markets in Latin America following its first export of the Hermes 900 to the Chilean air force last July.

Elbit sold its Hermes 900 tactical UAV, an advanced vehicle that can be deployed in difficult atmospheric conditions, fly as high as 33,000 feet and can transmit images to a ground control station.

It also can take off and land automatically.

The Israeli Consulate in Boston was evacuated Monday and five others in the world were on alert after Anthrax white...