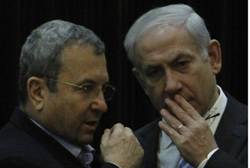 According to the Hebrew-language Maariv, Netanyahu earlier this week took a number of military officials and government ministers to task for speaking too freely about Israel’s military plans.

“Stop blabbing, already,” he reportedly told the officials. “This chit-chat causes huge damage, puts Israel on the front line, and undermines sanctions” imposed by the United States and Europe.

Maariv’s cited unnamed senior sources who said Netanyahu was concerned Israel “might be perceived as dragging the US into a war with Iran against its will and endangering the US’ national interests”.

The warning came after several statements by senior Israeli military and political officials at last week’s Herzliya conference that seemed to indicate Israel was leaning towards a strike.

Those statements led to rampant speculation in the media and resulted in US Secretary of Defense saying he believed Israel would strike Iran by June 2012.

Panetta’s comments raised ire by officials in Jerusalem and Washington alike who accused him of stirring controversy and potentially compromising Israel’s military plans.

US President Barack Obama also tried to tamp down speculation about Israel’s intentions early this week.

“I don’t think Israel has made a decision” to hit Iranian facilities, he told the American network NBC.

“I’ve been very clear — we’re going to do everything we can to prevent Iran from getting a nuclear weapon and creating a nuclear arms race in a volatile region,” he said.

He added: “Again, our goal is to resolve this diplomatically. That would be preferable. We’re not going to take options off the table, though.”

A recent report by the International Atomic Energy Agency stated that Iran had sought – and continued to seek – nuclear know-how unique to the construction of nuclear weapons.

Observers say Netanyahu’s desire for his senior advisors and officials to remain silent about a potential Iran strike stems from  a desire to avoid potentially disastrous leaks.

The leaks led to a firestorm in Israel’s press and accusations from government officials that leading media figures were trying to make an Israeli strike impossible by exposing plans.

A newspaper in Qatar reported at the time that Netanyahu ordered a probe to find out who in his government had leaked the information.

With debt and spending out of control, the good news is that the House Budget Committee is taking important steps...