“It is unfortunate that the United States considers Israel a strategic liability, rather than a strategic asset,” noted Israeli think tank director Daniel Rothschild said on Monday. 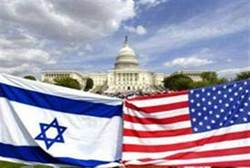 Rothschild, who heads The Institute of Policy and Strategy (IPS), made his remarks at the annual Conference of Presidents gathering.

The panel, entitled “Assessing The Region: What has happened and what it means for Israel, the US and the world,” grappled with the American-Israeli relationship and the increasingly complicated dynamics between the two allies.

The perception in the Middle East and in the Arab world is that the United States of America, supposed leader of the free world and international superpower, is weakening, said Avi Gil, Senior Fellow at The Jewish People Policy Planning Institute and senior policy advisor for The S. Daniel Abraham Center for Middle East Peace.

America no longer leads, as it once did, but follows, or, “leads from behind,” he said.

It is in decline, politically and economically, as an international superpower.

Much of the way Israel is perceived, he notes, is directly dependent upon its relationship with America.  If America is perceived as weakening, Israel too, will be perceived as such.

Gil, a proponent of the “two-state solution,” warned that if there is no breakthrough in the Israeli-“Palestinian” conflict in the near future, the previously accepted paradigm of America brokering a peace deal, will no longer be viable in the eyes of the international community.

The world would then look for a different model to deal with the conflict and enforce a resolution, most likely by the United Nations, which will, undoubtedly, be less favorable than its predecessor.

He continued to state that the only way Israel will be able to maintain its “Jewish, democratic and attractive” traits, will be to initiate a “credible, genuine peace proposal,” to the Palestinians.  Despite the fact that Israel lives in an unfriendly arena, full of “ambiguities and uncertainties,” he said, “sitting on our hands and doing nothing” will only serve to hinder our national interests.

A large number of centrist Israelis, as well as rightists, believe that the “two state solution” for which he advocates, has long been proven to be a flawed farce, especially now that the Arab Spring has not been the harbinger of democracy. In the first place, Israel has attempted, time and time again, to initiative a “credible, genuine peace proposal,” only to be met with missiles and rockets in response. Second, withdrawing from land that is biblically, historically and strategically essential to the Jewish people, would only put Israel in a tactically compromising situation, during a time in which there are daily calls emanating from the Arab world threatening the very existence of the Jewish state.

(CNSNews.com) - Over the past five days, former Sen. Rick Santorum of Pennsylvania has surged into a 35 percent to...