An orthodox police recruit has been fired from the NYPD academy for refusing to trim his beard to the regulation 1 millimeter length.

Rabbi Fishel Litzman, 38, was fired by the New York Police due to his refusal to shave his beard. Rabbi Litzman was soon to graduate the police academy. 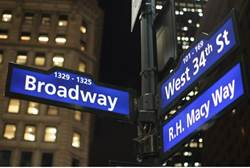 According to the report, Litzman was an outstanding student at the police academy and at the time of his recruitment, but then announced he would not adhere to rules to trim his beard because of his faith.

“I always wanted to be a policeman,” Litzman told the Daily News of New York. “I wrote to the department that there is no reason that my faith in God and desire to enlist in the police do not go hand in hand.”

NYPD chief spokesman Paul Browne said Litzman’ supervisors repeatedly asked him to shave his beard, but he refused, claiming that he would not remove the beard for religious reasons.

“The police made a move toward believers and let beards be grown to one millimeter in length, and this was explained to him when he joined the police,” Brown said.

Is Obama Turning the Economy Around?

President Obama took to the national stage today and again repeated his claims that administration policies are producing a robust...