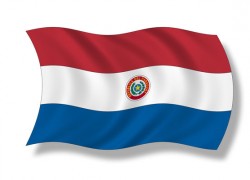 On June 15, police operating under the orders of leftist Paraguayan President Fernando Lugo sought to evict a group of squatters occupying land reported to be privately owned. The confrontation turned violent, leaving 17 dead, including seven policemen. The violent event produced a shock as Paraguay’s political establishment and the legislative body blamed President Lugo for what occurred. While support for Lugo had been eroding, the deadly incident provoked a showdown between the executive and Paraguay two-house legislature.

Following the constitution of Paraguay, both houses voted by more than the required two-thirds majorities to remove President Lugo for “poor performance of duties.” On June 22, Paraguay swore in Vice President Frederico Franco as the new constitutional president. Ex-president Lugo initially accepted his removal with little protest.

While President Lugo’s removal was too swift for the taste of many legitimate critics, he was removed legally through the application of a constitutionally-mandated impeachment trial, carried out on the vague yet constitutional grounds of “poor performance of his duties.” No “impeachment coup” occurred.

Leaders of the anti-American, pro-Iranian, Chavez/Castro-led Bolivarian Alliance for the Americas (ALBA) have been quick to label events in Paraguay a “coup” and rally to Lugo’s defense. They have also taken the lead position in pressing the Union of South American States (UNASUR) and the regional common market, MERCOSUR, to isolate, expel, and punish Paraguay for Lugo’s removal.

Of course, ALBA leaders are among the worst offenders when it comes to eroding representative democracy by “steamrolling legislatures, taking on unlawful decree powers, shutting down media outlets,” and more. ALBA leaders also hope to marginalize the Organization of American States from its crisis management role and generate suspicion that Lugo’s removal was the work of an anti-democratic United States.

New President Franco vows to defend Paraguay’s sovereignty, preserve law and order, and move ahead toward elections in April 2013. On the other hand, ex-President Lugo—certainly with encouragement from his friends in ALBA—is now vowing to contest his removal.

Paraguay is vulnerable to pressure applied by its more powerful neighbors, whose capacity to inflict economic pain remains extensive. How far Paraguay’s neighbors, especially Brazil, will go remains to be seen. A MERCOSUR summit on July 1 will focus on Paraguay and possible pressures.

The ALBA-led interventionist track would try to pummel the Franco regime into submission with economic sanctions and diplomatic isolation to restore Lugo to the presidency. One cannot discount covert intervention to promote violence and lawlessness in Paraguay and to demonstrate deep popular discontent with the new government.

A second, more moderate course would recognize the legitimacy of Lugo’s removal and work with the Franco regime to reduce tension, promote reconciliation, and avoid a violent backlash by extremists on the left or right. This is the course the Obama Administration should adopt, and it should do so soon

Constrasting the Massacres of Soweto and Maspero

by Ranbir An indigenous people mowed down by armed members of the ruling 'group'. A peaceful demonstration that ends up...