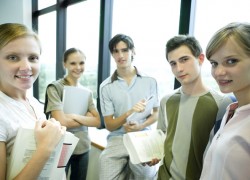 The discussion over whether to extend federal subsidies for student loans largely hinges on whether the House and Senate come to an agreement over how to pay for the resulting $6 billion tab for taxpayers.

Federal student loan subsidies make for bad policy all by themselves. Yet in its scramble to find the money, Congress has come up with even more bad policy ideas to put taxpayers on the hook. The Associated Press reports:

Congressional leaders are discussing combining the student loan bill with the highway legislation. Any extra funds raised by the student loan measure could help pay for the highway legislation.… Under the agreement, the government would raise $5 billion by changing the way companies calculate the money they have to set aside for pensions.… Another $500 million would come from increasing the fees companies pay for the government to insure their pension plans, linking those fees to inflation.

These proposals are not new. Heritage’s David John wrote about the provision to change contribution calculations in the Senate highway bill (S. 1813) in April. This provision would enable companies to contribute less money to their defined-benefit pension plans. The problem with this is that it puts taxpayers at risk of having to finance a pension bailout through the Pension Benefit Guaranty Corporation (PBGC).

The PBGC is a U.S. government agency that insures corporate defined-benefit pensions and must make payments to retirees if those plans are under-funded and the sponsoring company files for bankruptcy. As John explained:

One reason that the provision was added to the Senate transportation bill is that the reduced pension contributions, which are tax deductible, would increase corporate profits so much that it would increase federal corporate tax collections by about $7 billion. That money would help offset the cost of the bill, but such a significant reduction in pension contributions should send a strong warning. If contributions to defined-benefit pension plans fall that much while pension benefit promises continue to be stable or to grow, someone else may end up paying the difference. And that someone else is almost certain to be the taxpayers.

On the accompanying proposal to increase the fees that companies pay to the PBGC, those should be increased—but not in order to finance more spending. As PBGC’s projected deficit shows, its premiums are too low and need to be both increased and based on the risk that the company’s plan will have to be taken over by the agency.

Currently, every company, regardless of its financial health and how well it has funded its plan, pays the same level of PBGC premiums. Increasing premiums and adding a risk-based element would help to reduce the inevitable taxpayer bailout of the agency.

Both proposals to pay for new transportation spending or subsidize student loan interest rates are seriously mistaken. They would do nothing to protect taxpayers from having to bail out corporate pension plans; instead, they would only finance more bad spending.

On June 15, police operating under the orders of leftist Paraguayan President Fernando Lugo sought to evict a group of...