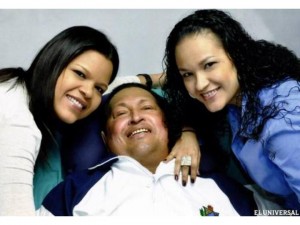 The flamboyant 58-year-old leader had undergone four operations in Cuba for a cancer that was first detected in his pelvic region in mid-2011. His last surgery was on December 11 and he had not been seen in public since.

Chavez easily won a new 6-year term at an election in October and his death will devastate millions of supporters who adored his charismatic style, anti-U.S. rhetoric and oil-financed policies that brought subsidized food and free health clinics.

Chavez’s death paves the way for a new election that will test whether his socialist “revolution” can live on without his dominant personality at the helm.

In Case You Missed It:  Elon Musk accused of “mutilating and killing monkeys” in gruesome Neuralink experiments
Posted in Freedoms and tagged Hugo Chavez, Socialism, Venezuela.

U.S. President Barack Obama has demanded a timetable for an Israeli withdrawal from Judea and Samaria (also known as the...