On Feb. 27, Recep Tayyip Erdogan told a conference in Vienna, “Just like Zionism, anti-Semitism and fascism, Islamophobia must be regarded as a crime against humanity.” His calling the Jewish nationalist movement that built the State of Israel a “crime against humanity” prompted widespread criticism, including by U.S. Secretary of State John Kerry.

On Mar. 19, Recep Tayyip Erdogan announced, “I stand behind my remarks in Vienna.” Nonetheless, on Mar. 22, Binyamin Netanyahu issued the long-awaited apology to Turkey for the Mavi Marmara incident. His statement made it clear “that the tragic results regarding the Mavi Marmara were unintentional and that Israel expresses regret over injuries and loss of life. In light of the Israeli investigation into the incident, which pointed out several operational errors, Prime Minister Netanyahu apologized to the Turkish people for any errors that could have led to loss of life and agreed to complete the agreement on compensation.”

My take: Erdogan’s government has mastered the art of provocation and is being rewarded for it. The Israelis should not have apologized but should have demanded an apology from Ankara for its support to the terrorist-connected group that undertook this aggressive act.

Now that the deed is done, can we expect a change in Turkish policy toward Israel, an end to its aggressive statements and support for its enemies? That would surprise me. Rather, I expect the AKP government to pocket this apology and use as a building block for its neo-Ottoman empire. (March 22, 2013)

The Mavi Marmara in Dec. 2012, back quietly to plying the Bosphorus as a commuter vessel. 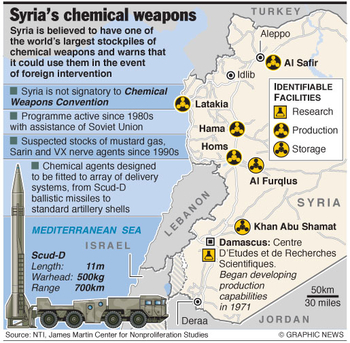 Mar. 23, 2013 update: Since the apology was issued, speculation has raged over Netanyahu’s motives: It’s part of a deal over Iran, perhaps, or the result of massive U.S. pressure? Now he has gone public with his reasoning: “The fact that the crisis in Syria intensifies from moment to moment was the main consideration in my view.” Yaakov Amidror, Netanyahu’s national security adviser, was a bit more specific: “Between us and Turkey is a country that is falling apart and that has chemical weapons.”

Comment: Which raises the obvious question: Why do Syrian chemical weapons weigh more heavily on Israel than on Turkey? Why did it necessitate an Israeli apology rather than the Turks giving up this demand?

by Daniel Pipes The Washington Times March 26, 2013 One key shift in U.S. policy was overlooked in the barrage...