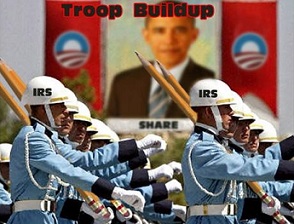 What’s more outrageous than the IRS scandal? Pointing the finger at the victims. That’s exactly what Representative Jim McDermott (D–WA) did last week.

Leaders of six targeted groups testified before the House Ways and Means Committee to shine light on their interactions with the IRS. In response to testimony that revealed egregious government overreaches—demands for confidential donor information, forced disclosure of group volunteers or donors who might ever run for political office, content of speeches, intentional leaking of confidential donor information to outside groups with opposing agendas—McDermott decided it was appropriate to indict the witnesses instead:

None of your organizations were kept from organizing or silenced. We are talking about whether or not the American taxpayers would subsidize your work. We are talking about a tax break.… Each of your groups is highly political.… From opposing the President’s health care reform, to abortion restrictions, to gay marriage, you’re all entrenched in some of the most controversial political issues in this country—and with your applications you are asking the American public to pay for that work.

For someone who, as a Member of Congress, is responsible for the tax legislation under which citizens and nonprofit organization operate, McDermott displays a remarkable misunderstanding of the applicable law. And he did not seem to be listening to the testimony that detailed organizations being intimidated by the IRS scrutiny, losing possible donations, or giving up trying to get qualified entirely.

The IRS has the authority to grant an exemption from paying taxes under Section 501(c)(4) of the Internal Revenue Code to social welfare organizations that are “primarily engaged in promoting in some way the common good and general welfare of the community.” Because such activity can inherently cross into the realm of politics, the statute grants these organizations considerably more discretion to engage in political activity than McDermott would have us believe, just as long as it is not their “primary” activity. The Code even permits 501(c)(4) organizations to engage in lobbying efforts to support legislation that is relevant to their interests.

What other choice do they have, given the enormous influence and control that the powerful federal behemoth has these days over social welfare issues like the President’s health care reform, abortion, and same-sex marriage? If an organization is promoting particular public policies and positions on these issues, it has no choice but to get involved in the political and legislative arena that dictates policy cradle-to-grave on these issues.

McDermott is also wrong in his claim that getting tax-exempt status under 501(c)(4) means American taxpayers are subsidizing these organizations. They weren’t seeking status as charitable organizations whose donations are tax deductible. The IRS regulates charities under Section 501(c)(3), which is not the focal point of these investigations or the improper IRS targeting. These organizations were simply seeking an exemption from having to pay income taxes, since they are nonprofits that operate on the dues of their members and donations. Those contributions were coming from their contributors’ income, which had already been taxed: Uncle Sam had already collected his share of the income that tea party members were using to support their organizations.

These were not profit-making corporations. Why in the world would anyone think that a nonprofit that operates on the donations and dues paid by its members should be taxed?

Neither the law nor the facts is on McDermott’s side. Apparently, he’d simply prefer to point the finger at the victims. Let’s call what the IRS did for what it is: a gross and impermissible overreach of federal authority and a partisan misuse of federal power. As the facts continue to pour out, it’s becoming clearer that it wasn’t conservative organizations engaging in blatant political activity—it was the IRS.

Kyle McCollum is currently a member of the Young Leaders Program at The Heritage Foundation. For more information on interning at Heritage, please click here.

In Case You Missed It:  OUTRAGEOUS: Mainstream doctors are REFUSING to see or treat vaccine-damaged patients because they don't want to get involved in "controversial" diagnoses
Posted in Financial, Freedoms and tagged Congress, Financial, Foundry, Freedom, Governments, Internal Revenue Service, Obama, United Socialist States of America.

House Cloakroom: June 10 – 14 Analysis: This week, the House will take up its annual authorization of the Department...