A San Francisco couple that considers themselves longtime liberals and followers of President Barack Obama say the president’s hallmark health care legislation has left them struggling to find a new insurance plan. 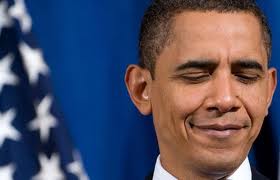 According to a ProPublica report published on Wednesday, architect Lee Hammack claims the ordeal that his family has endured as of late is “the most extreme” of the sob stories picked up by the media since the president’s Affordable Care Act began taking applications last month.

So-called “Obamacare” has been plagued with problems since before Americans were able to buy into policies on October 1, but headlines in the week since have been dominated by tales of people who’ve been kicked from health care plans or were unable to sign up altogether due to glitches with the website where would-be policy-buyers can sign up.

Hammack told ProPublica’s Charles Ornstein that he and his wife Joellen Brothers are both in outstanding health and consider themselves to be “cradle Democrats” that helped campaign for Obama during the last presidential election. Regardless, the roll-out of Obamacare last month has left them forced to find a new health coverage plan, and apparently without any real rhyme or reason.

Ornstein investigated the couple’s claims and found out that their most recent plan — a $550 monthly policy through Kaiser Permanente — indeed fit the mold of what the president’s law requires Americans to buy. Even so, however, the husband and wife were told by Kaiser recently that their plan would expire at the end of the year, and all the options they’re seeing now cost upwards of double for equal or worse coverage.

“Our first reaction was clearly there’s got to be some mistake,” Hammack said of opening up the cancellation letter from Kaiser. “This was before the exchanges opened up. We quickly calmed down. We were confident that this would all be straightened out. But it wasn’t.”

As it turns out, Hammack and Brothers weren’t the only ones who received such letters. ProPublica determined that 160,000 plans in just the state of California were being cancelled by the company, and the outcome in many instances involves former policy-holders struggling to find a new plan that is affordable and with similar benefits.

“Their new options were indeed more expensive,” Ornstein learned, however, and the plans would involve benefits that “didn’t seem any better.”

When reached for Comment by the investigative news outlet, a representative for Kaiser acknowledged that upwards of 35,000 other policies identical to Hammack and Brothers’ were cancelled, and new policies that fall under the Affordable Care Act may not be available at the same price.

Now Hammack says he’s considering a rather unorthodox option to land an affordable plan—earning less many so federal subsidies can help lower the cost of the policies he’s being left to ponder.

Despite the experience, however, Hammack and his wife told ProPublica that they aren’t ready to throw in the towel with regards to the commander-in-chief just yet.

“We’re not changing our views because of this situation, but it hurt to hear Obama saying, just the other day, that if our plan has been dropped it’s because it wasn’t any good, and our costs would go up only slightly,” Hammack said. “We’re gratified that the press is on the case, but frustrated that the stewards of the ACA don’t seem to have heard.”

Long before a nuclear deal was in reach, Obama was quietly lifting some of the financial pressure on Iran, an...