Persecution of Christians in the Middle East is a crime 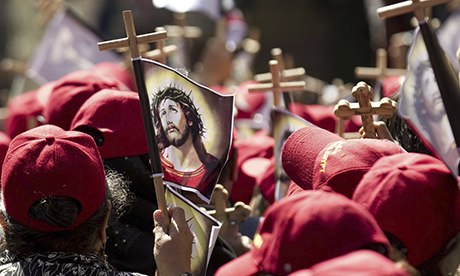 Prince Charles’s warning was not scaremongering. Calamity, accelerated by the Iraq war, has been brewing a long time

In AD 781, the Caliph Al-Mahdi summoned the leading churchman of his empire to recently founded Baghdad to debate with him the rival merits of Christianity and Islam. Patriarch Timothy did not hesitate. He had no reason to feel nervous. Christianity was thriving in the Middle East. It was Christians, not Muslims, who formed the majority in the Caliphate.

The notion that the future of their faith might lie in the barbarous lands of the west, rather than in the Fertile Crescent, would have struck Timothy as ludicrous. It was in the east, after all, that “Jesus Christ walked in the flesh 33 years on the Earth”; in the east that the church’s greatest saints, scholars and ascetics had lived. Even as Timothy debated with the Caliph, missionaries were preaching the gospel to the Chinese and the Turks. A bishopric was planned for “the peoples of Tibet”.

How distant now the world of Timothy seems. When Prince Charles, at an advent reception, warned that Christianity was at risk of extinction in the lands of its birth, he was not scaremongering. The calamity has been a long time brewing. The Middle Ages saw Christians progressively lose their majority status in the region. The collapse of Byzantium then confirmed Islam’s status as its dominant religion.

By the beginning of the 20th century, Christians represented just over 10% of its total population. Even so, had the Middle East remained what it had been for the previous two-and-a-half millennia, a patchwork of different faiths ruled by distant emperors, they might well have clung on to their ancestral lands.

As it was, the replacement of the Ottoman empire by new and fissile nation states spelt long-term disaster for the Christians of the region. Ethnically cleansed completely from Turkey, they lacked what the Jews in due course managed to carve out for themselves: a defensible homeland. Over the course of the 20th century, a combination of political impotence and economic hardship led millions to emigrate. Then, in the early years of the third Christian millennium, came the coup de grace.

It is a bitter irony that the invasion of Iraq in 2003, launched under the aegis of two devoutly Christian leaders, George Bush and Tony Blair, should have heralded what threatens to be the final ruin of Christianity in the Middle East. It was Iraqi Christians, trapped between the militancy of their Muslim compatriots and the studied disinterest of their western co-religionists, who bore the initial brunt of the savagery. Extortion, kidnapping and murder became their daily fare.

The venerable churches of Mesopotamia, ancient even in the days of patriarch Timothy, have suffered a terrible reaping. Since 2003, so it has been estimated by the UN High Commission for Refugees (UNHCR), almost a million Christians have left Iraq. Those few that remain face an ongoing martyrdom. The warning given in 2010 by an al-Qaida front group, that “the doors of destruction and rivers of blood will be opened upon them”, threatens to become all too real.

Now, in the wake of the Arab spring, the same fate menaces the Christians of Syria. They are doubly excoriated by Islamist fighters: as kuffar and as Assad stooges. The punishment inflicted is terrible. Churches have been attacked; nuns and bishops kidnapped; individual Christians forced at gunpoint to convert to Islam.

In October, when gunmen seized the Christian village of Sadad, 46 people – including 14 women and two children – were killed in cold blood. Meanwhile, in Egypt, where the Copts form the largest community of Christians left in the Middle East, the recent coup d’etat against President Mohamed Morsi saw many in the Muslim Brotherhood vent their fury on an all too predictable target. The church, so many in the Brotherhood claimed, had declared “war against Islam and Muslims”. The result was a devastating spike in violence against the Copts: the worst, by some measures, in centuries.

The persecution being directed against Christians in the Middle East is a crime against civilisation as well as humanity. “The rich tradition” referred to by the Prince of Wales in his speech is indeed “something immensely and irreplaceably precious”. At risk is a future where Muslims in the Middle East, if they want to do as the Caliph al-Mahdi did, and discuss their religion with a Christian, will have precious few left to invite round.

In Case You Missed It:  April 26th: Covid swabs and masks appear to contain "hooks" and strange fibers that can be inhaled directly into the lungs
Posted in Freedoms, Israel, Terrorism.

Obama Regime: We Collect Information Like All Other Countries

The White House refused on Friday to respond in detail to reports that the National Security Agency (NSA) had spied...