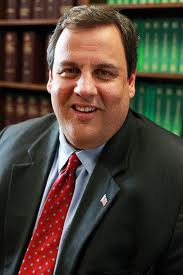 Governor Chris Christie apologized to New Jersey on Thursday for aides who closed traffic lanes in order to punish a Democratic mayor, and he fired a deputy chief of staff. We mention the IRS because Mr. Christie’s contrition contrasts so sharply with President Obama’s handling of the tax agency’s abuse of political opponents and his reluctance to fire anyone other than a military general for anything.

Which brings us to the Obama Administration, which quickly leaked to the media that the U.S. Attorney is investigating the lane closures as a criminal matter. Well, that sure was fast, and nice of Eric Holder‘s Justice Department to show its typical discretion when investigating political opponents.

This is the same Administration that won’t tell Congress what resources it is devoting to the IRS probe, and appears to be slow-rolling it. It has also doubled down by expanding the political vetting of 501(c)(4) groups seeking tax-exempt status. Lois Lerner, who ran the IRS tax-exempt shop and took the Fifth before Congress, was allowed to “retire,” presumably with a pension. Acting IRS commissioner Steven Miller resigned under pressure but no other heads have rolled. Yet compared to using the IRS against political opponents during an election campaign, closing traffic lanes for four days is jaywalking.

We raise this mostly because our media friends have been complicit in dismissing the IRS abuses, and for that matter every other legal abuse during the Obama years. The exception is the Edward Snowden theft of National Security Agency documents, which so far have exposed not a single example of law-breaking.

Not that this should make Mr. Christie or any other potential GOP candidate complacent. Republicans operate under a double media standard that holds them to a much lower scandal threshold. In that sense the pathetic New Jersey traffic-lane scandal may be, as Mr. Obama likes to say, a teachable moment.

In Case You Missed It:  Trump Announces Launch of His Own Social Media Platform That Will “Fight Back Against the Tyranny of Big Tech” – CLICK TO JOIN THE WAITING LIST
Posted in Tyranny and tagged Democrats, Eric Holder, Obama, White House.

The Problem With Obama’s Promise Zones

President Obama’s “promise zones” are unlikely to be a promised land for local residents. Obama formally announced the first five...