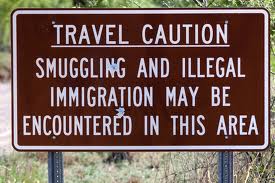 That is why, many say, recent weeks have seen activists use chains and pipes to tie themselves to the tires of buses that carry immigrants slated for deportation to court, block traffic on Capitol Hill and get arrested, surround Tucson police when they targeted two immigrants during a traffic stop, and chain themselves and block the entrance of a federal detention center.

More such actions, they vow, are coming.

“It’s absolutely out of frustration and impatience,” said Marisa Franco, campaign organizer for the National Day Laborer Organizing Network, which helped coordinate some of the more provocative actions. “Immigrant communities who are losing 1,100 loved ones every day to deportation cannot wait for Congress to end its political games or for the President to rediscover his moral compass,” she added.”The people will take power back into their own hands and set a true example of leadership that the Beltway will have to follow,” Franco vowed.

The more radical approach to protesting the record number of deportations that that have occurred under the Obama administration, and the stalled efforts in Congress to work on an immigration reform bill, differs from the more traditional nature of immigration demonstrations.

They consisted, in public, chiefly of vigils, rallies, and marches. On the private level, more established immigration advocacy organizations leaned heavily on telephone and email campaigns, press conferences, and direct communication with members of Congress and their staffs.

“These organizations stopped having faith in any progress for immigration reform,” said Michael Young, who is a sociology professor at the University of Texas. “They’re distancing themselves from the national, more moderate organizations that said you have to worry about this will come off or how it will play to the national, broader audience.”

After seeing the DREAM Act, a measure that called for giving a path to legal status to undocumented immigrants brought to the United States as minors, pass the House in 2010 but then die in the Senate, and see immigration reform efforts practically fizzle this year in Congress, Young said, “they got to where they don’t care.”

Many feel that being measured, Young said, has yielded no results.

“That’s what the ‘good immigrants’ have been doing for years, and what has it won them,” he said. “The Obama administration has deported almost 2 million people.”

Younger immigrants, known as DREAMers, began walking away from the more mainstream advocacy movement about three years ago, after seeing the defeat of the DREAM Act in Congress.

“They were raised by the [mainstream advocacy] groups, which helped [DREAMers] with their message,” Young said. “But then they started seeing them as compromised, and leaving them made them feel unleashed.”

Some of the more provocative DREAMer groups started using terms such as “non-profit industrial complex” to refer to the more Old Guard organizations that were involved with immigration reform efforts.
The more recent actions have focused on fighting deportations – mano a mano, and, often, at the local level, experts say.

They’ve also branched out beyond DREAMers.

Last Friday, the actions outside a federal courthouse in Tucson prompted a judge to cancel deportation proceedings.

The Tucson Police Department dispatched 100 officers to deal with protests at two locations, something that Sgt. Chris Wildmer told reporters entailed pulling them off patrols throughout the city.

“Something has to give,” he said, according to local media.

Demonstrators also have held hunger strikes and demonstrations outside offices of the Immigration and Customs Enforcement, or ICE, taking the battle right to the source.

They are assailing members of Congress, of both parties, and Obama, who made a campaign promise in 2008 to reform immigration in a way that would, among other things, provide a path to legal status for many of the nation’s 11 million undocumented immigrants.

“The promise the President made in 2008 is now so empty that people have forgotten he even made it,” Franco said. “Unless he actually uses his authority to provide real relief, he’ll only be remembered as the Deporter-in-Chief.”

Officials of immigration organizations that lean on traditional ways of pushing for change say they understand the underlying frustration that is driving the more aggressive tactics.

They say they do not plan to change their style, and they say they will not criticize the more radical approach.

“The landscape has changed so much because enforcement has been so intense,” said Angela Kelley, vice president for immigration policy at the Center for American Progress in Washington D.C. “Communities are feeling the impact of the increased deportations. They go right to the heart of so many communities. That’s translating into more vigorous advocacy and the sense that ‘I’ve got nothing to lose.’”

The new private health plans available under Obamacare drew in fewer young and healthy Americans than needed for the administration...