Sen. Jeff Sessions (R-Ala.) said today that Americans need to stand up to “a deliberate plan by the president of the United States” to collapse the nation’s law enforcement system regarding illegal immigration. 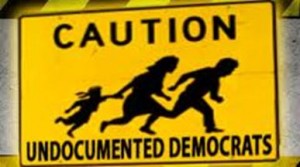 In a Senate speech, Sessions said:

“Our law enforcement system is in a state of collapse, and it’s a deliberate plan by the president of the United States, and it’s wrong. And, people need to be aware of it and need to stand up to it and I believe the American people are beginning to do so.”

“So, you come into the country illegally and the attorney general of the United States declares that these individuals have a civil right to amnesty. How can this possibly be: the chief law enforcement officer in America?

It is with great regret that we should find ourselves in such evil times; and I wish from the...