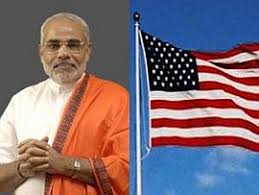 Since Friday when India’s election results were announced, pundits worldwide have been trying to tell us what should make of the landslide victory that made Narendra Modi Prime Minister (PM).  Most of it, however, is punditry through Google that misses the point:  Narendra Modi’s election was a victory of free-market capitalism over socialism and national pride over geopolitical docility; in short, for Conservatism and we better get on the victory train quickly or watch it speed by without us.

Recognize the Scope of the Victory

India’s Congress Party occupies a special place in the nation’s heart:  it is the party of its founding fathers Mahatma Gandhi and Jawaharlal Nehru.  It has ruled India alone or in coalitions for all but eight years of the country’s national existence.  Half of its Prime Ministers have been members of the Gandhi-Nehru “dynasty” as Indians call it.  Last week was the first time in the nation’s history that any party other than Congress ever won a majority outright in this parliamentary democracy.  The 2014 Indian elections were also the largest democratic exercise in history with over 550 million votes cast.  For some perspective on how decisive the BJP’s mandate is, as recently as March when I was in India, pollsters predicted that for the BJP to win, it would have to capture at least 32 seats in the nation’s largest state, Uttar Pradesh (UP).  Many wondered if the BJP could do it, having one only ten seats in the previous election.  It ended up winning 71 of UP’s 80 seats.

The mandate was also an explicit rejection of the Congress Party, whose big government policies had slowed India’s economy to a trickle over the past two years, with the nation’s “best and the brightest” hit especially hard.  A December 2013 study found almost half of India’s graduates “unemployable for any job.”   Those same policies had entrenched an endemic corruption that made our own Tammany Hall and Chicago machine politics look like amateur night.  The media was finally reporting on them, and the people had enough.

They elected a leader who is virtually incorruptible in his personal life, with a track record of economic progress built with a relentless free-market capitalism.  While the rest of India suffered, Modi’s state of Gujarat (where he was Chief Minister) became the nation’s economic miracle.  Modi’s pro-business policies helped give his state the lowest unemployment rate in India.

Modi has long been demonized by the left for 2002 riots in Gujarat that occurred only months after he became the state’s chief.  Several investigative commissions have cleared him of any wrongdoing. In issuing the same opinion, India’s internationally-praised Supreme Court also noted that a lot of the “evidence” brought against Modi was fabricated.  Yet, it is a narrative that international elites from Islamist organizations foreign and domestic to the US State Department have adopted in whole cloth.  In 2005, it refused to issue a visa for Modi to visit the United States based on these allegations; and though they have been thoroughly discredited, as recently as February, State Department spokesperson Jan Psaki said that there had been no change in the Obama administration’s position.

In 2013, I spoke with Modi about the visa denial.  While he brushed it off as something that was not going to distract him from doing the work his people elected him to do; I noted that my concern was what it meant for us, especially if he became India’s Prime Minister.  Those concerns remain.  The administration offered a grudging admission of the inevitable in March saying, that “the United States has welcomed every leader of this vibrant democracy, and that a democratically elected leader of India will be a welcome partner.”  But it has never changed its position on Modi and the 2002 riots.

Modi and 2002 is reminiscent of the left’s mantra about former Israeli Prime Minister Ariel Sharon; namely, that he was responsible for the 1982 Sabra and Shatila Palestinian camp murders.  Josef Goebbels’ big lie (keep repeating something and people will believe it) did not work then, and it did not work now.  As I told BJP leaders in 2013, almost every Indian voter has heard about 2002, and it is unlikely that many have not made up their minds about it.  That proved prescient, as Congress’s periodic attempts to raise the issue during the recent campaign proved to be a non-starter.

As reported here previously, a coalition of US Congressional leftists, Conservative Christians, and others banded together in House Resolution 417, which was a blatant — and thankfully unsuccessful — attempt to interfere with an ally’s democratic election.  They have been mum about whether or not they will continue to tell a half billion Indians that they support atrocities and that their Supreme Court knows less than we do.  They need to drop 417 now or face the ire of constituents.

Nor has the White House acknowledged the new geopolitical reality.  Asked about the election results, Press Secretary Jay Carney said that “the president looks forward to building on the progress that we’ve made with Prime Minister Singh in our relationship.”  Carney and his boss need to realize that Mr. President, I know Narendra Modi.  Narendra Modi is a friend of mine. Mr. President PM Singh is no Narendra Modi.  If Obama and company expect business as usual, they will hand this opportunity to Russia and China.

What we must do

Narendra Modi’s historic mandate has given us as much of an opportunity as it has given India.  We can support a free-market capitalist who will dismantle a system of hoary bureaucracies and endemic corruption, be a counterweight to China, and lead an India that demands instead of begs.  We can embrace that or strengthen those who wish both nations ill.

In Case You Missed It:  Fauci to resign from government after more than five decades of murdering people in the name of "science"
Posted in Financial, Freedoms, Israel, Terrorism and tagged BJP, democracy, India, India-America relations, Narendra Modi.