With over 1.6 billion followers, Islam makes up nearly a quarter of the world’s population. With immigrants infiltrating nearly every country on the planet, Sharia law is in high demand. Currently,35 countries have incorporated Sharia law into their court system. Even more have implemented Sharia in part, typically civil issues. Even the UK sanctioned the recognition of Sharia courts. 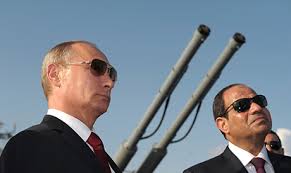 However, one country is putting its federal foot down when it comes to political correctness and blind tolerance that welcomes Muslim extremism and terror.

Russia will be passing a law by 2015 that prohibits certain Islamic literature from entering the country. For now, Russian police are searching Muslim madrases (Islamic schools) and stopping Muslim women wearing veils to interrogate them in Crimea:

Recently, Muslim women in the capital Simferopol and Bakhchysarai have accused Russian police of pulling women with Islamic hijab over for passport checks.

Women added that they were being treated as if they were ‘enemies’ on their Facebook profiles.

Security check did not target women only.

Over the past few days, Crimea religious schools, or madrassahs, have been searched for banned Islamic literature.

Three madrasas were searched during August 13, ahead of a law that will come into force in 2015 that bans a number of popular Islamic books, another assistant mufti, Esadullah Bairov, said.

“The books are removed as a warning, as the law is not in force in Crimea yet. Still no extremist literature was found in Crimean madrasas that were searched,” Bairov said.

Eider Ismailov, assistant mufti of Crimea, is against the precautions:

“This shows that Russian police do not trust headscarfed women and see them as a separate group in the general public … This is nothing but an insult against our beliefs as Muslims.”

Perhaps Muslims should heed the words of U.S. President Obama, in that “you can’t have 100% security and 100% privacy.”

WASHINGTON — The Obama administration is working to forge a sweeping international climate change agreement to compel nations to cut...