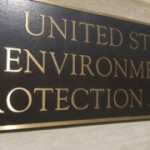 The Environmental Protection Agency has developed detailed maps of waters located throughout the country.  These waters include, according to the maps, ephemeral streams that flow only in response to precipitation events and intermittent streams that contain water for only part of the year. In light of the EPA’s proposed “waters of the U.S.” rule that defines what waters the agency and the Army Corps of Engineers can regulate under the Clean Water Act, these maps are disconcerting.

According to the EPA, these maps don’t show the waters that would be covered under the proposed rule but merely show water resources on both a national and state scale. Further, the EPA said the maps can give a false impression that most of a state is water because certain water features required discernible lines that were not to scale.

In July, the EPA appeared before the House Science, Space, and Technology Committee.  Committee investigators had discovered the existence of these maps and the EPA was confronted about them at the hearing.  The EPA agreed to release the maps that had never been made public.

On July 28, the EPA sent a letter and the maps to the committee. On Aug. 27, Committee Chairman Lamar Smith, R-Texas, sent a follow-up letter to the EPA.

In his letter, Chairman Smith stated:

You claim that the EPA has not yet used these maps to regulate. However, the EPA failed to explain why it used taxpayer money to create these maps. It is apparent that the EPA paid a private contractor to make many of these maps, yet the details of the arrangement remain murky. While the Agency marches forward with a rule that could fundamentally re-define Americans’ private property rights, the EPA kept these maps hidden.

Serious questions remain regarding the EPA’s underlying motivations for creating such highly detailed maps. The maps were created just days after the EPA announced the rule and show its sweeping scope. The EPA’s job is to regulate. The maps must have been created with this purpose in mind.

There’s a lot that needs to be clarified regarding these maps. It seems likely the maps were used to at least inform the EPA regarding the scope of the proposed rule. Certainly, it’s difficult to regulate what you don’t measure.

In his letter, Smith requested the EPA place the maps and other “previously undisclosed maps” into the rulemaking docket and keep the comment period open 60 days after the maps have been entered into the docket. In addition, he requested the EPA provide all documents and communications related to the contract to create the maps.

The EPA should explain what role the maps played in the development of the proposed rule and in the agency’s regulatory obligations generally under the CWA. The EPA isn’t likely to have been developing maps out of sheer curiosity.

Just because the maps may not reflect all the waters that would be covered under the proposed rule doesn’t mean the maps don’t provide details to better understand the potential scope of the rule. The EPA should be open and transparent on these maps and on the rule. The public deserves nothing less on a proposed rule of this magnitude.