By Tom Harris and Bob Carter

In the runup to the Sept. 23 UN Climate Summit in New York, Leonardo DiCaprio is releasing a series of films about the “climate crisis.” 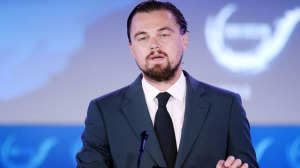 The first is “Carbon,” which tells us the world is threatened by a “carbon monster.” Coal, oil, natural gas and other carbon-based forms of energy are causing dangerous climate change and must be turned off as soon as possible, DiCaprio says.

But he has identified the wrong monster. It is the climate scare itself that is the real threat to civilization.

DiCaprio is an actor, not a scientist; it’s no real surprise that his film is sensationalistic and error-riddled. Other climate-change fantasists, who do have a scientific background, have far less excuse.

Science is never settled, but the current state of “climate change” science is quite clear: There is essentially zero evidence that carbon dioxide from human activities is causing catastrophic climate change.

Yes, the “executive summary” of reports from the UN’s International Panel on Climate Change continues to sound the alarm — but the summary is written by the politicians. The scientific bulk of the report, while still tinged with improper advocacy, has all but thrown in the towel.

And the Nongovernmental International Panel on Climate Change lists thousands of scientific papers that either debunk or cast serious doubt on the supposed “consensus” model.

The climate scare, Fulks sighs, has “become a sort of societal pathogen that virulently spreads misinformation in tiny packages like a virus.” He’s right — and DiCaprio’s film is just another vector for spreading the virus.

The costs of feeding the climate-change “monster” are staggering. According to the Congressional Research Service, from 2001 to 2014 the US government spent $131 billion on projects meant to combat human-caused climate change, plus $176 billion for breaks for anti-CO2 energy initiatives.

Federal anti-climate-change spending is now running at $11 billion a year, plus tax breaks of $20 billion a year. That adds up to more than double the $14.4 billion worth of wheat produced in the United States in 2013.

Dr. Bjørn Lomborg, director of the Copenhagen Consensus Center, calculates that the European Union’s goal of a 20 percent reduction in CO2 emissions below 1990 levels by 2020, currently the most severe target in the world, will cost almost $100 billion a year by 2020, or more than $7 trillion over the course of this century.

Lomborg, a supporter of the UN’s climate science, notes that this would buy imperceptible improvement: “After spending all that money, we would not even be able to tell the difference.”

Al Gore was right in one respect: Climate change is a moral issue — but that’s because there is nothing quite so immoral as well-fed, well-housed Westerners assuaging their consciences by wasting huge amounts of money on futile anti-global-warming policies, using money that could instead go to improve living standards in developing countries.

That is where the moral outrage should lie. Perhaps DiCaprio would like to make a film about it?

In Case You Missed It:  Antarctic: Surprising Sea Ice and Cooling
Posted in Financial and tagged Global Warming, Liberalism.

The Left’s Political Network, Exposed in One Chart

A new chart reveals the expansive network of progressive organizations funded by wealthy liberal donors, calling attention to the same...