A Texas man just back from West Africa has been confirmed as having the first case of Ebola to be diagnosed in the U.S. due to the government not restricting travel from disease stricken countries. It can take 3 weeks for symptoms to appear, who knows how many hundreds of people he has came into contact with since then. 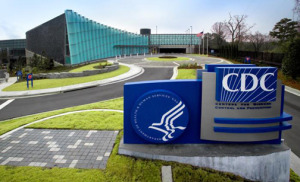 The State Department and the CDC are 100% responsible for this. All travel from Africa should have been stopped as soon as the outbreak occurred. Only authorized medical personnel should have been allow to travel to Africa. The ONLY way to stop the spread of diseases such as this is strict quarantine. Who knows how many people this patient came in contact with during his travel from Africa, and the time he was diagnosed.

Game over folks, your government allowed Ebola to make it here. When you’re ditty-bopping around the grocery store, imagine how many potential Ebola carriers have put their virus-laden paws on the item you just picked up. Every Single Individual returning to the US from Africa should be subjected to automatic quarantine for up to 2 weeks.

Authorities with the Centers for Disease Control revealed the finding Tuesday, a day after the unidentified patient arrived at a Dallas hospital with suspicious symptoms.

Officials at Texas Health Presbyterian Hospital Dallas put the man into “strict isolation” and sent a specimen to the CDC in Atlanta for testing.

The CDC said preliminary results show the man has the deadly disease which has been linked to more than 3,000 recent deaths in Africa. According to the World Health Organization, there have been more than 6,500 cases confirmed in Africa, with Guinea, Liberia, and Sierra Leone among the hardest hit.

Dr. Christopher Perkins with the Dallas County health department told reporters that the Texas man didn’t start showing symptoms until he arrived home and could have spread to to anyone he was in contact with in the USA over his time back in the states.

CDC officials are scheduled to release more details within the hour.

The CDC has a team enroute to North Texas to help health officials re-trace the man’s contacts since he has been back in the states to.

Ebola is highly contagious and deadly and could possibly be an airborne disease.

Four American aid workers have contracted Ebola in West Africa and been evacuated to the U.S. for treatment since late July. Three of them were released after making full recoveries. A fourth patient arrived in Atlanta on Sept. 9, but a spokesperson with Emory University Hospital said privacy laws prevented the release of an updated condition. On Sunday, a U.S. doctor who had been volunteering in an Ebola clinic in Sierra Leone was brought to the National Institutes of Health in Bethesda, Maryland as safety precaution after he was exposed to the disease.

In past years Ebola has killed up to 90 percent of those it has infected, but the death rate in the current outbreak is closer to 60 percent due to early treatment.

In Case You Missed It:  ‘Libs of Tik Tok’ Twitter Account Temporarily Suspended for Sharing Emails Appearing to Show Discrimination by DuckDuckGo
Posted in Freedoms and tagged Africa, Health And Human Services, United Socialist States of America, US Citizen.

By Joseph A. Klein :  Israeli Prime Minister Benjamin Netanyahu delivered a powerful and sobering speech to the United Nations General...