“What the left calls science is really a hypothesis accepted as a fact without the skepticism. Its intelligence is a conclusion without bothering to determine whether it’s true.”

Every ideology needs to believe in its inevitability. Religions get their inevitability from prophecies; secular ideologies get theirs from the modernist fallacy.

The modernist fallacy says that history is moving on an inevitable track toward their ideology. Resistance is futile, you will be liberalized. Marxism predicted the inevitable breakdown of capitalism. Obama keeps talking about being “on the right side of history” as if history, like a university history curriculum, has a right side and a wrong side. All everyone has to do is grab a sign and march “Forward!” to the future.

The bad economics and sociology around which the left builds its Socialist sand castles assume that technological progress will mean improved control. Capitalism with its mass production convinced budding Socialists that the entire world could be run like a giant factory under technocrats who would use industrial techniques to control the economic production of mankind in line with their ideals.

The USSR and moribund European economies broke that theory into a million little pieces.

The dot com revolution with its databases and subtle tools for manipulating individuals on a collective basis led to a Facebook Socialism that crowdsources its culture wars and “nudges” everyone into better habits, lower body masses and conveniently available death panels.

The iSocialist, like his industrial predecessor, assumes that technology gives superintelligent leftists better tools for controlling everything. The planned economy failed in the twentieth because the tools of propaganda posters, quotas and gulags were too crude. This time he is certain that it will work.

Intelligence is to leftists what divine right was to the crowned kings of Europe. They frantically brand themselves as smart because in a technocracy, superiority comes from intelligence. Their vision is the right one because they are the smart ones. Their shiny future is backed by what they call “science”.

Science, the magic of the secular age, is their church. But science isn’t anyone’s church. Science is much better at disproving things than at proving them. It’s a useful tool for skeptics, but a dangerous tool for rulers. Like art, science is inherently subversive and like art, when it’s restricted and controlled, it stops being interesting.

Neil deGrasse Tyson’s defenders reacted to his basic errors by asserting that even if he had made a mistake, science, collectively, was right. Science is of course neither right nor wrong; its methodology can be used to determine whether something is right or wrong.

The real ocean is complicated and messy. So is real intelligence. Manufactured intelligence is the fashion model playing a genius in a movie. Real intelligence is an awkward man obsessing over a handful of ideas, some of them ridiculously wrong, but one of which will change the world.

Real intelligence isn’t marketable because it doesn’t make an elite feel good about its power.

Biblical fake prophets were often preferred to real prophets because they made rulers feel comfortable about the future. The modern technoprophet assures a secular elite that it can effectively control people and that it even has the obligation to do so. It tells them that “science” is on their side.

The easy way to tell real religion from fake religion is that real religion doesn’t make you feel good. It doesn’t assure you that everything you’re doing is right and that you ought to keep on doing it.

No matter how smart you think you are, real science will make you feel stupid far more often than it will make you feel smart. Real science not only tells us how much more we don’t know than we know, a state of affairs that will continue for all of human history, but it tells us how fragile the knowledge that we have gained is, how prone we are to making childish mistakes and allowing our biases to think for us. 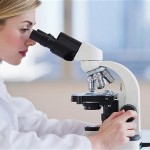 Science is a rigorous way of making fewer mistakes. It’s not very useful to people who already know everything. Science is for stupid people who know how much they don’t know.

A look back at the march of science doesn’t show an even line of progress led by smooth-talking popularizers who are never wrong. Instead the cabinets of science are full of oddballs, unqualified, jealous, obsessed and eccentric, whose pivotal discoveries sometimes came about by accident. Science, like so much of human accomplishment, often depended on lucky accidents to provide a result that could then be isolated and systematized into a useful understanding of the process.

Modernism is a style that offers a seamless vision of perfection that doesn’t exist. The accomplishments of our age haven’t changed human nature and they have not made us infallible.

Real science tells us that we are basically stupid. A close study of history proves it. And that’s a good thing. Stupid people can learn from their mistakes. Self-assured elites convinced of their own superior intelligence can’t. Everyone makes mistakes. The future belongs to those who recognize them.

The inability of Neil deGrasse Tyson and his defenders to acknowledge that he is wrong is a revealing look at the rotten core of the liberal elite which is incapable of admitting its errors, but sneers and smears its way out of a moral reckoning every time. Its ideology with its assumption of central control over lives and economies is too dependent on its own illusion of genius not to lie about its failures.

It is too big to fail and that makes its failure inevitable.

Like Lysenkoism, Tysonism uses ideology to determine the outcomes of science

Tysonism is why ObamaCare suffered a disastrous launch, why the VA reorganization didn’t work and why we’re back in Iraq. Technocrats don’t make mistakes. They can’t. They’re only at the top because they’re smart. If they ever admitted to being stupid, they would lose their right to rule.

Like Lysenkoism, Tysonism uses ideology to determine the outcomes of science. That’s how we keep ending up with Global Warming as settled science no matter how often the actual science contradicts it.

Tysonism appropriates science without understanding it. Its science consists of factoids, some right and some wrong, which simplify and clarify everything. Its manufactured intelligence makes people feel smart without actually giving them the critical tools to question the false assumptions of a Tyson.

What the left calls science is really a hypothesis accepted as a fact without the skepticism. Its intelligence is a conclusion without bothering to determine whether it’s true. Science and intelligence are perpetual processes that are never truly settled. But in law and government, as in all other fields, the left discards the process and asserts an inevitable outcome by virtue of its superiority.

Intelligence as ideology is at the heart of the left. Its Orwellian twist discards the need for using intelligence to question its ideology by asserting that the issue is settled. To be smart is to be left and to be left is to be smart. And only stupid people would question that.

There is no need to think about anything because the smart people have already done all the thinking. You can show you are smart by accepting their conclusions or show your stupidity by questioning them.

Science and skepticism are the tools of stupid people. As Socrates put it, I know that I know nothing. We have the most to fear from the smart people who don’t know and will never admit how little they know.

Daniel Greenfield is a New York City writer and columnist. He is a Shillman Journalism Fellow at the David Horowitz Freedom Center.

Daniel can be reached at: [email protected]

A Texas man just back from West Africa has been confirmed as having the first case of Ebola to be...