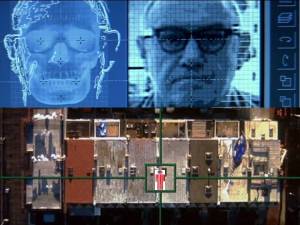 Remember how Americans are overwhelmingly opposed to mass surveillance, and how the government promised to rein in spying on Americans?

Instead, Congress snuck a provision into the Intelligence Authorization Act which will ramp up spying on us normal, average, innocent Americans.

When I learned that the Intelligence Authorization Act for FY 2015 was being rushed to the floor for a vote—with little debate and only a voice vote expected (i.e., simply declared “passed” with almost nobody in the room)—I asked my legislative staff to quickly review the bill for unusual language. What they discovered is one of the most egregious sections of law I’ve encountered during my time as a representative: It grants the executive branch virtually unlimited access to the communications of every American.

On Wednesday afternoon, I went to the House floor to demand a roll call vote on the bill so that everyone’s vote would have to be recorded. I also sent the letter below to every representative.

With more time to spread the word, we would have stopped this bill, which passed 325-100. Thanks to the 99 other representatives—44 Republicans and 55 Democrats—who voted to protect our rights and uphold the Constitution. And thanks to my incredibly talented staff.

The intelligence reauthorization bill, which the House will vote on today, contains a troubling new provision that for the first time statutorily authorizes spying on U.S. citizens without legal process.

Last night, the Senate passed an amended version of the intelligence reauthorization bill with a new Sec. 309—one the House never has considered. Sec. 309authorizes “the acquisition, retention, and dissemination” of nonpublic communications, including those to and from U.S. persons. The section contemplates that those private communications of Americans, obtained without a court order, may be transferred to domestic law enforcement for criminal investigations.

To be clear, Sec. 309 provides the first statutory authority for the acquisition, retention, and dissemination of U.S. persons’ private communications obtained without legal process such as a court order or a subpoena. The administration currently may conduct such surveillance under a claim of executive authority, such as E.O. 12333. However, Congress never has approved of using executive authority in that way to capture and use Americans’ private telephone records, electronic communications, or cloud data.

In exchange for the data retention requirements that the executive already follows, Sec. 309 provides a novel statutory basis for the executive branch’s capture and use of Americans’ private communications. The Senate inserted the provision into the intelligence reauthorization bill late last night. That is no way for Congress to address the sensitive, private information of our constituents—especially when we are asked to expand our government’s surveillance powers.

I urge you to join me in voting “no” on H.R. 4681, the intelligence reauthorization bill, when it comes before the House today.

Top NSA officials previously said that we’ve got a “police state” … J. Edgar Hoover (or the Stasi) “on super steroids“.

Now what do we call it?

Half of Country Now Suing Obama over Immigration

With four additional states joining "a Texas-led coalition suing the Obama administration over executive action on immigration," almost half of...