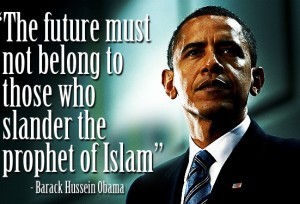 While no American community should have to put up with Jihad attacks from Islamic terrorists, it is obvious that some communities are more prepared than others to deal with violence.

How effective any community is defended depends largely on the common sense and attitudes of local politicians, those charged with protecting the lives and property of residents.

As we know, expressing views that are edgy or offensive is as American as baseball, hot dogs, and apple pie. It’s called free speech, and Americans are famous for exercising free speech rights with elan!

However, in the 7th century minds of Islamic terrorists, free speech critical of, or unfavorable to, the Prophet Mohammed is a capitol offense worthy of death. Included are visual depictions, as in cartoons or caricatures, of the Prophet.

Last Sunday two Jihad warriors objected to a public event involving cartoons of the Prophet and expressed their displeasure by firing weapons at innocent Americans in Garland, Texas. Local police quickly settled the dispute by gunning down the terrorists, thereby sending the terrorists back to Allah.

One wonders what might have happened had this tragic incident taken place in Baltimore?

Would Mayor Stephanie Rawlings-Blake have rushed to a microphone to proudly announce that she acted boldly to “Make space for Jihad destruction”?

Would the mayor have issued a “Stand Down” in order to avoid the appearance of Islamaphobia?

Would Baltimore State Attorney Marilyn Mosby advise the terrorists that “We heard your message” and “Your time is Now!”?

Thank goodness for the Red Necks of Texas and their common sense respect for American lives and property!

In Case You Missed It:  FOOD and MEDICINE update from the Health Ranger Ranch: Growing MONSTER lettuce without electricity, harvesting pine needles for shikimic acid
Posted in Freedoms.

Conservatives should stop in-fighting and fight to survive

By Judi McLeod It’s time for small-c conservatives to drop the in-fighting and to energize the fight that matters: fighting...