The People vs. The Washington Cartel: Restoring Liberty in the Age of Cronyism

Despite gaining massive majorities on a conservative anti-Washington wave in 2014, the new Congress has quickly returned to Washington’s business-as-usual. The Washington Cartel of powerful politicians, well-connected lobbyists, and media elite continue to benefit from big government at the expense of Main Street and ordinary Americans. Now is the time to break the Cartel. 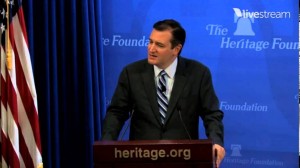 Sen. John McCain is denouncing the Iran deal as having “fundamental flaws.” In an exclusive interview with The Daily Signal,...