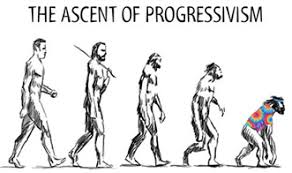 (OC Register) Across the nation, progressives increasingly look at California as a model state. This tendency has increased as climate change has emerged as the Democratic Party’s driving issue. To them, California’s recovery from a very tough recession is proof positive that you can impose ever greater regulation on everything from housing to electricity and still have a thriving economy.

And to be sure, the state has finally recovered the jobs lost in the 2007-09 recession, largely a result of a boom in values of stocks and high- end real estate. Things, however, have not been so rosy in key blue-collar fields, such as construction, which is still more than 200,000 jobs below prerecession levels, or manufacturing, where the state has lost over one-third of its employment since 2000. Homelessness, which one would think should be in decline during a strong economy, is on the rise in Orange County and even more so in Los Angeles.

The dirty secret here is that a large proportion of Californians, roughly one-third, or some 3.2 million households, as found by a recent United Way study, find it increasingly difficult to keep their heads above water. The United Way study, surprisingly, has drawn relatively little interest from a media that usually enjoys highlighting disparities, particularly racial gaps. Perhaps this reflects a need to maintain an illusion of blue state success. If Republican Pete Wilson were still governor, I suspect we might have heard much more about this study.

The United Way study – “Struggling to Get By” – delves well beyond even the recent Census Bureau analysis, which, by factoring in housing costs, already established California as the state with the highest percentage of poor people, at roughly one in four. United Way expanded this percentage by calculating what the charitable organization called the “Real Cost Budget,” which includes not only rent but also costs for child care, medical, health and transportation.

By United Way’s calculation, roughly one in three Californians can barely make ends meet, despite the state’s relatively generous transfer payments, subsidies and general assistance. Latinos and African Americans, as one might expect, fare worse, but roughly one-in-five non-Hispanic whites and 28 percent of Asians also are deemed struggling.

Roughly half of Latino households fall into this condition of poverty or near-poverty, as do a similar share of African American households. Those who do worst generally are poorly educated single mothers and their children. Poverty and near-poverty are greatest among Latinos, who also are bearing the majority of children. It is hard to imagine a more urgent wake-up call.

Not surprisingly, many of the foreign-born, the source of much of California’s population growth in recent decades, have fared poorly. Only 25 percent of households headed by native-born Californians fall below the United Way “Real Cost Budget” line for economic distress, but it’s 45 percent for those headed by the foreign-born, and nearly 60 percent for families headed by a noncitizen. The highest percentage is among Latino households headed by a noncitizen – a staggering 80 percent fall below the minimal level.

California’s rising ranks of poor and near-poor – essentially the proleterianized middle class – are not heavily concentrated in the Bay Area, which has sparked the state’s ballyhooed comeback. There, only one in four fall under the minimal “Real Cost Budget,” the best result among California’s major urban regions.

In contrast, in both Los Angeles-Orange County and the Inland Empire, some 35 percent of households fall below this level. The toll is particularly extreme for Latinos in greater Los Angeles; some 54 percent can be counted poor or near-poor, the highest proportion of any California region. Overall, the worst poverty in the state appears to be in the Central Valley, where, despite lower housing costs, 37 percent of residents struggle to make ends meet.

Orange County, it should be noted, does better than either Los Angeles or the Inland region, with 29 percent of O.C. residents falling below the United Way’s budget level, significantly better than L.A.’s 37 percent. But this number is too high and results from, in large part, nearly 36 percent of Orange County residents having to spend more than 30 percent of their incomes on rent, a burden that is particularly extreme in the older, less-affluent sections of O.C.

When researchers drilled down to see the most destitute neighborhoods, they were clustered disturbingly close to home. In parts of Santa Ana, almost three in five households are below the United Way’s minimum income level. But the five worst-off areas in the region are in a broad arc of Los Angeles, from Watts to the neighborhoods around the University of Southern California, south of Downtown. Overall, 60 percent to 80 percent of households in these areas are struggling to make ends meet.

Given the avowed commitment of progressives to addressing inequality and poverty, one would expect that there would be a renewed focus on spurring economic growth. But, instead, in part due to the bizarre policy choices made by many Latino legislators, the state keeps ratcheting up the prices for both energy and housing through its quixotic – and, fundamentally, narcissistic – attempt to single-handedly reverse climate change.

These policies – and their predecessors over the years – are at the heart of rising housing and electricity costs, which are plaguing California’s massive population of struggling households. As a recent Manhattan Institute paper reveals, over 1 million Californians already face “energy poverty,” paying upward of 10 percent of their incomes to keep their lights on. The most hard-hit areas, the study found, were in inland communities, particularly the Central Valley, where the climate tends far more to extremes than in the more affluent coastal regions.

My recent column attacking the fecklessness of California’s Latino political class, not surprisingly, drew some criticism, including from my old friend Manuel Pastor. Manuel claimed Latinos, according to polls, regard climate change as a major issue. Besides the fact that I didn’t address what people thought, this assertion seems a bit misleading. Like most Californians, Latinos are concerned about climate change but the environment hardly registers as a major concern compared with such challenges as the economy, employment or the drought, which is particularly troubling in the heavily Hispanic inland of the state. Only 5 percent of Californians, according to the Public Policy Institute of California, identify the environment as the leading challenge for the state.

In order to placate the rising numbers of poor and near-poor, California’s climate-obsessed political

elites are offering expanded subsidies for housing. Some $130 million from cap-and-trade funds – the very mechanism helping to drive higher energy costs – will go for affordable housing. Yet this is the most full-bore tokenism imaginable. At a cost per afforable apartment unit of about $300,000, at best only a few thousand Californians will benefit, making it essentially irrelevant in a state of almost 39 million people.

California’s rising poverty – driven in large part by relentlessly rising rents – cannot be addressed seriously by such gestures. High transportation costs for most Californians certainly won’t be eased much by Gov. Jerry Brown’s $70 billion high-speed rail project, which, if and when it is finished, will be too expensive for most of these people to ride, and it certainly won’t address how to cheaply get from Riverside to Irvine or from East Los Angeles to the Westside. Something more enduring and broadly uplifting must be tried.

What can be done? We might start by reversing our frog-walk toward ever more extreme greenhouse gas reduction goals, which will only boost housing prices, threaten middle- and working-class jobs and make things worse overall without doing much of anything for the climate. Spending on vitally needed infrastructure – like water storage, seawater desalination, port and road improvements – could spur jobs and the economy. Measures to at least slow down, or even reverse, some of the most regressive taxes, and perhaps reduce the burden on potential job-creating businesses, might be considered.

This is a debate all of us in this state need to have. California can continue to work to reduce greenhouse gases in a reasonable way, but with a goal of not further victimizing our increasingly large population of poor and near-poor.

Anyone who criticizes the current policy drift, no matter how social democratic their perspective, will likely be written off as a “denier” or right-wing, or simply ignored by the mainstream media. In contrast to the people-centered progressivism of a Gov. Pat Brown or President Harry Truman, today’s Left increasingly seems unconcerned about their policies’ true impact on the poor and struggling middle class. Call it progressive heart failure.

Joel Kotkin is the R.C. Hobbs Fellow in Urban Studies at Chapman University in Orange and the executive director of the Houston-based Center for Opportunity Urbanism (www.opportunityurbanism.org).

His most recent book is “The New Class Conflict” (Telos Publishing: 2014).

McConnell, Corker, and Graham Have All Trampled on the Constitution