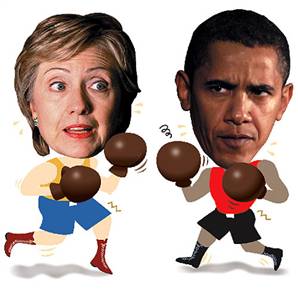 Morris said, “From the Clinton point of view this is all a set up by Barack Obama, Michelle Obama and Valerie Jarrett, the three of them. Barack hates Bill and Valerie and Michelle hate Hillary. And they are determined not to let Hillary be the next president. This is the gospel according to Clinton. Because they are worried they will compromise the accomplishments, they will triangulate like Bill and I did. I think they believe, and they are basically right, that in the world of Washington you can not  have leak after leak after leak from the executive branch in a Democratic administration without the president letting it happen. And you don’t see any big investigation “oh we are naming a special prosecutor to see who leaked the facts the inspector general has.”

He added, “I think Obama is orchestrating this, not necessarily Barack Obama, but Michelle and Valerie and maybe Barack, but certainly with Barack’s knowledge. And that’s why Biden is going to announce in September—because they are determined to have Biden as the Democratic nominee because they are confident he will be the rubber stamp they want to  succeed Barack. Now you know Biden could never beat Hillary, but Hillary could beat Hillary.”

By Arnold Ahlert Democrats are known for many things, but chief among them is the relentless determination to maintain a...