European leaders have failed their citizens miserably, the next 5 years is going to be absolutely frightening for Europe as there is now a literal small army of Terrorist inside it borders. How many Europeans will be killed due to their inept hack politicians is yet to be seen. 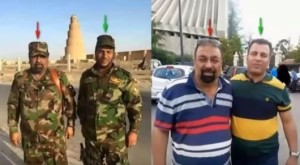 Countries for thousands of years had walls and borders for a reason, we have forgotten why and soon we will be reminded.

Photographs confirm that known Islamic State (ISIS) and other Muslim terrorist group jihadists posing as ‘Syrian refugees’ have been arriving in Europe in droves. Pretty soon their numbers will be large enough to comprise a significant Islamic army right on European soil, who will be living off taxpayer funded welfare while plotting their next terror attacks.

Photos show them in their terrorist attire and then in civilian clothes as they arrive in Europe. Europe has no way to screen these “refugees” and neither does the United States according to the State Department. Get ready for 200,000 more coming soon to cities in America near you.

In Case You Missed It:  I'm Banned from the US for 'Association with a Terrorist Organization'
Posted in Terrorism and tagged Europe, Illegal Immigration, ISIS.

The Florida Family Policy Council has launched a campaign to defund Planned Parenthood in the state. In an interview with The...