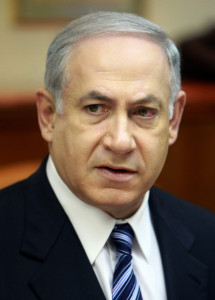 During the conversation, Netanyahu expressed his condolences on behalf of the people of Israel over those who were murdered in the attacks and wished a speedy recovery to the wounded.

Netanyahu told his Belgian counterpart that terrorism does not distinguish between countries, and also offered Israel’s assistance and cooperation in combating terrorism.

The two leaders agreed to meet in person soon.

At least 34 people were killed and at least 150 wounded in the two blasts at the Zaventem airport and the Maalbeek metro station in Brussels.

The bombings come just four days after the arrest of Salah Abdeslam in Belgium. Abdeslam is believed to have played a key role in organizing last year’s Paris terror attacks.

Ted Cruz has absolutely embarrassed Trump and Kasich in Utah by winning the GOP caucus by a landslide margin.  Keep...