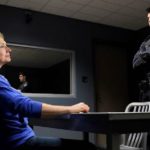 Hillary Rodham Clinton is betting that the American public is as dumb as MIT Professor Jonathan Gruber alleged last year when he explained the factors that led to the passage of ObamaCare.

According to Gruber, voter stupidity and a total lack of transparency were the only reasons that ObamaCare became law in 2009.

Those appear to be dominant factors in the ongoing federal investigation into Hillary’s cavalier disregard for the security rules of the US government.

How else to explain the following statement released after Hillary was interrogated for 3 plus hours by the FBI on Saturday.

“A spokesman for her campaign said the former secretary of state was “pleased” to offer her comments to investigators but that she wouldn’t say anything else about the interview. “
On top of that, the Clinton folks described the FBI interview as “voluntary”

Good heavens the old gal must be living a sheltered, miserable existence if being pelted with questions from the FBI on a Saturday afternoon is her idea of pleasure!

Elsewhere in news from the Clinton Congenital Liar Foundation, spouse Bubba was spending time on the DOJ airplane used by Attorney General Lynch, she being key to deciding if Hillary moves to Washington D.C. or Leavenworth, Kansas this fall.

Bubba’s strange visit to the Lynch jet was explained away with this dilly: He(Clinton) discussed his two grandchildren with Lynch. The parties did NOT discuss the Hillary situation during Bubba’s 30 minute visit!

Ripley’s Believe it or not has nothing on the Clintons when it comes to BS exaggerations!

This Fourth Of July, Who Are You And Where Are You Going, America?

by Andrew Bieszad The Fourth of July is one of those wholly “American” holidays that theoretically encapsulates all that is...