Rising interest rates reduce the demand for housing by increasing the monthly payment on the mortgage most borrowers need to finance a purchase. In today’s market, a consumer with good credit and the capacity to put 20% down, looking to borrow the $200,000 needed to purchase a $250,000 house, can obtain a 30-year fixed-rate mortgage at 4% on which the monthly payment is $955. When the rate goes to 8%, which is what I paid on my last mortgage, the payment will be $1468.

That kind of increase will convince some borrowers that they can’t afford the house, while others will have that judgment made for them by lenders. Lenders assess borrowers’ capacity to afford a house using a measure called the “total expense ratio”. This is the sum of the monthly mortgage payment including mortgage insurance, property taxes, hazard insurance, and existing debt service obligations, divided by the borrower’s monthly income. The general rule is that this ratio should not exceed 41%.

The impact of rising interest rates in the future may be exceptionally severe because of the absence of escape hatches that softened the effect of rising rates in previous periods.

During earlier periods of rising rates, borrowers who were optimistic about their future had access to several devices that reduced the initial monthly payment used by lenders to qualify them. 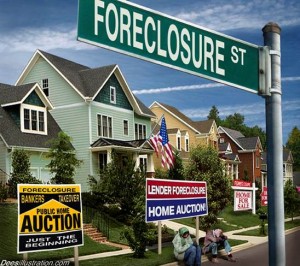 Low Initial Rate on Adjustable Rate Mortgages (ARMs): In past periods of high rates, many borrowers selected ARMs in order to qualify. The practice was to calculate the payment included in the total expense ratio at the initial ARM rate, even though that rate would last for only a specified period, which could be as short as 6 months. Today, the rule is to calculate the payment on an ARM for qualification purposes using the fully indexed rate, which is the sum of the rate index to which the ARM is tied, plus the lender’s margin, which is fixed. The fully indexed rate is always higher than the start rate.

Interest Only: A payment consisting of interest only for the first 5 or 10 years was a common option offered on both fixed-rate and adjustable-rate mortgages before the financial crisis. On the 30-year 8% loan of $200,000 noted above, the interest-only payment would be $1333 rather than $1468. Today, however, loans with interest-only provisions are not “qualified loans” as defined by the Consumer Financial Protection Bureau (CFPB). They are still around as a specialty product, but are not used to qualify borrowers who need a lower payment.

Option ARMs: These were a big step beyond interest-only. Borrowers had discretion over their payment, one option being a “minimum” payment that was less than the interest. If they selected that option, the loan balance would rise, referred to as “negative amortization”. The default rate on these loans was horrendous, and they are no longer being written. Negative amortization is not allowed on qualified mortgages.

Temporary Buydowns: This was a device that a borrower with excess cash but insufficient income could use to reduce early-year payments. The borrower’s excess cash was used to fund the difference between the payment made by the borrower and the payment received by the lender. On a 3-2-1 buydown, for example, the mortgage payment in years one, two and three was calculated at rates 3%, 2% and 1%, respectively, below the rate on the loan, and the initial payment was the one used in qualifying the borrower.

The buydown was a more effective way of reducing the payment used to qualify than taking a smaller mortgage because it concentrated the payment reduction in the first few years.

Temporary buydowns are no longer being written, however, because the rules now don’t allow the reduced initial payments to be used to qualify borrowers.

An article I wrote before the financial crisis identified 5 types of mortgage documentation requirements that allowed borrowers either to avoid reporting their income, or to report it with the knowledge that no verification of what they reported would occur. These escape hatches were used for a variety of reasons, but one of them was to avoid being rejected because of insufficient income. All these escape hatches are gone now, and full documentation and verification is the rule.

Did Dodd/Frank and the Regulatory Crack-Down Go Too Far?

I believe it did, and that it is time for a new look. Borrowers prepared to bet that their incomes will rise should be able to qualify at the lower initial payment obtainable with an interest-only option or a temporary buydown, provided their credit scores are high enough to indicate that their judgment probably is sound. Option ARMs, however, should remain dead.

In a similar vein, the swing from the 6 types of documentation requirements that existed before the financial crisis to the one that exists now – full documentation– was excessive. I have written on several occasions about how requiring full documentation from self-employed borrowers has led to the rejection of large numbers of what would have been good loans. Stated income loans should become available again for borrowers, including the self-employed, who have good credit and are making a substantial down payment.

In Case You Missed It:  Get Ready for the Economic Collapse
Posted in Financial and tagged Economy, Financial, Foreclosures.

Syrian President ‘I Support Trump’s Ban On Syrian’s, It Will Stop Terrorists From Infiltrating The USA’

by Andrew Bieszad For years, President Asad of Syria was vilified by Obama and the media for being a supporter...