Zeid Ra’ad Al Hussein, a Jordanian, assumed his functions as United Nations High Commissioner for Human Rights on September 1, 2014. He has recently been obsessed with criticizing the Trump administration for a variety of alleged human rights sins. Considering the sorry human rights record in his home country of Jordan, Zeid Hussein’s obsession smacks of utter hypocrisy. His charges are also baseless.

In a speech that Zeid Al Hussein delivered in Geneva on March 8th, he had this to say about the Trump administration:

“In the United States of America, I am concerned by the new Administration’s handling of a number of human rights issues. Greater and more consistent leadership is needed to address the recent surge in discrimination, anti-Semitism, and violence against ethnic and religious minorities. Vilification of entire groups such as Mexicans and Muslims, and false claims that migrants commit more crimes than US citizens, are harmful and fuel xenophobic abuses. I am dismayed at attempts by the President to intimidate or undermine journalists and judges. I am also concerned about new immigration policies that ban admission of people from six predominantly Muslim countries for 90 days, as well as policies which greatly expand the number of migrants at immediate risk of deportation – without regard for years spent in the US or family roots. These threaten to vastly increase use of detention, including of children. Expedited deportations could amount to collective expulsions and refoulement, in breach of international law, if undertaken without due process guarantees, including individual assessment. I am especially disturbed by the potential impact of these changes on children, who face being detained, or may see their families torn apart.”

The charges are baseless. There is no surge in discrimination, anti-Semitism, or violence against ethnic and religious minorities in the United States attributable to President Trump. For example, between 2009 and 2015, the period for

which there is comprehensive data while Barack Obama was president, the overall number of anti-Semitic attacks exceeded 7,000. As columnist and features writer for The Jerusalem Post, Seth Frantzman, wrote earlier this month in the Algemeiner, “there were threats every day against Jews and Jewish institutions over the last eight years and most of them did not receive headlines.” Where was Zeid Al Hussein while those threats and attacks were happening? Has he suddenly woken up from a slumber to discover a sudden surge of anti-Semitism for the first time since President Trump took office?

Deterring illegal immigration to provide better security for the American people does not prevent immigrants from seeking admission to the United States through legal channels.

Similarly, Zeid Al Hussein falsely characterized as anti-Muslim President Trump’s temporary suspension of entry to the United States of refugees world-wide, and entry of visitors from six terrorist-prone countries who do not have green cards or previously issued visas. The president of the United States, acting under explicit federal statutory authority, temporarily suspended entry of such visitors – Muslim and non-Muslim – from only six Muslim-majority countries out of 56 member states of the Organization of Islamic Cooperation, because he determined that step as necessary to protect the American people. Apparently, the UN Human Rights Commissioner and other opponents of President Trump’s executive order believe that foreigners from any country seeking to enter the United States for any reason, no matter what the circumstances in their home country affecting U.S. national security, should have an absolute right favoring their entry that overrides national security considerations. Sorry, but countries still get to decide how best to protect their citizens, not an unelected UN bureaucrat.

Moreover, Zeid Al Hussein’s attacks on the Trump administration’s human rights record displayed his sheer hypocrisy. He did not mention Sudan once in his March 8th speech. Cuba also got a pass. Russia got off with a slap on the wrist. Zeid Al Hussein devoted only a few words criticizing North Korea, which he balanced out with praise for its “accession to the Convention on the Rights of Persons with Disabilities.” North Korean citizens are literally starving to death, while the regime continues to pursue its nuclear arms program in violation of UN Security council resolutions, and this is all that this pretender for the position of High Commissioner for Human Rights can say about the most repressive regime in the world today?

When it came to Zeid Al Hussein’s own country of Jordan, he mentioned it only once in his speech. Jordan was one of a list of countries he said were retreating from their commitments to impose a moratorium on use of the death 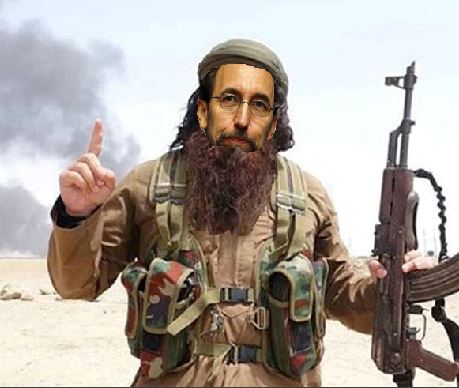 Let’s fill in a few details that Zeid Al Hussein neglected to mention about his home country while he was so busy trashing the Trump administration. In the World Value Survey of social attitudes in different countries taken several years ago, Jordan was listed as one of the five most racially intolerant countries in the world.

As for dealing with anti-Semitism, some Jordanian officials have fanned the flames. For example, two Jordanian MPs went on national television to praise perpetrators of a Jerusalem synagogue attack, whom had killed four Jewish worshippers, shortly after the massacre occurred in November 2014. One of the Jordanian MPs said, “Hating the Jews is a great honor for me and it makes me walk with my head high because they are worthy of hatred.” Jordanian Prime Minister Abdullah Ensour sent a letter of support to the families of the two Palestinian terrorists involved in the synagogue massacre.

Zeid Al Hussein assumed his office of UN High Commissioner for Human Rights on September 1, 2014.  Where were his public statements from his UN global platform denouncing his fellow Jordanians’ vile expressions of anti-Semitism?

In its October 2016 Freedom of the Press edition, Freedom House concluded that Jordan’s press freedom status was “not free.”  It noted the arrest of journalists during 2015 “in connection with their reporting on foreign affairs and their impact on Jordan.” Journalists were also subject to imprisonment for defamation charges. It is unlawful for online outlets to “insult the royal family,” or “harm ‘Arab-Islamic values.’” Yet Zeid Al Hussein could only muster dismay “at attempts by the President [Trump] to intimidate or undermine journalists”?

Jordan has taken in many refugees from Syria, to be sure, but there is a lack of legal protection for refugees in Jordan. Only 1% of Syrian refugees are said to have work permits. Refugee women and girls from Syria have been trafficked for sexual exploitation.

According to a 2015 report by the International Labor Organization, “Jordanian law makes limited references to asylum seekers and refugees.  Despite having the highest ratio of refugees to citizens in the world, Jordan has not signed the Refugee Convention of 1951 or its subsequent 1967 Protocol.  Several concerns are usually cited over Jordan’s non-signatory status, including…popular sentiment against refugee integration, lack of resources and capacity to provide for refugees, and misinformation about the perceived social and economic burden of refugees and related questions of national security.”

Jordan is reported to have sent some Syrian refugees back to Syria, violating the principle of non-refoulement that Zeid Al Hussein has accused the Trump administration of potentially violating.

Amnesty International has listed other serious human rights abuses it found in Jordan, including torture in detention centers which have led to the deaths of some detainees while in custody.

The UN High Commissioner for Human Rights, who comes to the UN from his glass house of Jordan, should not be throwing stones at the United States. And, considering the U.S.’s outsized contributions to his budget,  Zeid Al Hussein should not be biting the hand that has been feeding his bloated bureaucracy for too long.

By Judi McLeod While Barack Obama waits in shadow mounting his resistance army to “force “ resignation or impeachment on...