Roger Ailes built Fox News Channel by tapping into a growing sense among ordinary Americans that the dominant news media didn’t understand or care about them, journalists said Thursday at word that the cable TV giant had died. 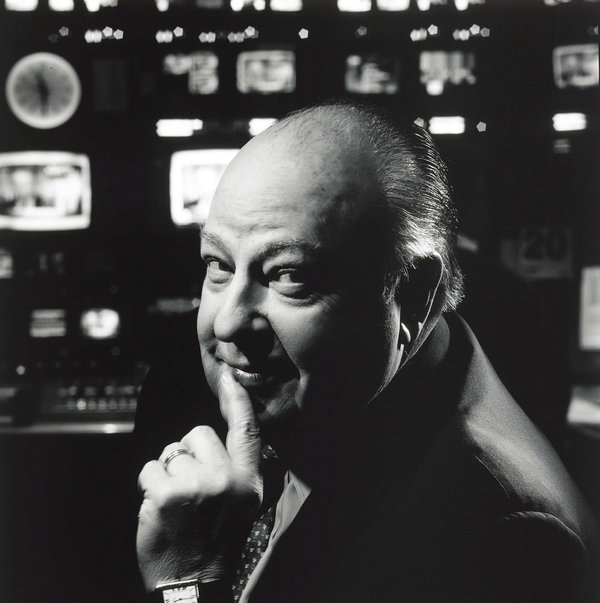 While some of Ailes’ critics focused on great personal failings that led to his downfall, those who witnessed his achievements over the years from near or far, or who benefited from his faith in them, were more generous.

“Everything you see in cable news today is Roger Ailes’ making, regardless of network,” Joe Concha, media critic for The Hill, said in an email to The Daily Signal.

“And many of the people you watch, from Chris Matthews to Megyn Kelly to Sean Hannity, have Ailes to thank for being where they are today.”

In a statement posted Thursday morning by Drudge Report, Ailes’ widow, Elizabeth, announced his death from an unspecified cause at age 77, some 20 years after the veteran television producer and media consultant’s upstart cable news outlet first challenged CNN and other rivals.

“He was … a patriot, profoundly grateful to live in a country that gave him so much opportunity to work hard, to rise—and to give back,” she wrote on behalf of herself and the couple’s 17-year-old son, Zachary. “During a career that stretched over more than five decades, his work in entertainment, in politics, and in news affected the lives of many millions. And so even as we mourn his death, we celebrate his life.”

Love and prayers to Beth and Zach. R.I.P Roger – you changed television as we know it. https://t.co/1vjhGFQaDc

Later reports suggested Ailes died as the result of a head injury suffered during a May 10 fall at his home in Palm Beach, Florida.

Ten months ago, Fox ousted Ailes as chairman and CEO amid cascading allegations that he had sexually harassed female employees of the network, including onetime anchor Gretchen Carlson.

Nationally syndicated columnist Cal Thomas, who was hired by Ailes for programs at two different cable networks, told The Daily Signal that Ailes was a man with “an enormous work ethic and great vision and determination.”

“He saw a vacuum, one that I also saw with my column, which was that conservative and religious people were being underserved, if they were served at all, by the mainstream media,” Thomas said in a telephone interview.

Ailes, the son of a shop foreman who himself dug ditches as a teen, graduated in 1962 from Ohio University. From Warren, Ohio, he first made his mark in broadcasting when he rose from the lower ranks of a Cleveland TV station to turn the locally produced “Mike Douglas Show” into a nationally syndicated hit that combined talk and variety.

He founded Ailes Communications Inc. in New York in 1969, the year after he talked himself into being hired as a TV consultant for Richard Nixon’s successful comeback campaign for president.

Ailes was credited with putting the notoriously nervous and awkward former vice president into more comfortable settings and friendlier venues, such as the hand-picked “town hall” audiences that characterize many campaigns today.

He wasn’t perfect, but Roger Ailes was my friend I loved him. Not sure I would have been President w/o his great talent, loyal help. RIP.

“Roger Ailes was a media maven who taught conservatives to stay on the offensive in a campaign, and who built a media empire around the idea that conservatives deserve their own cable channel,” historian and author Lee Edwards, the distinguished fellow in conservative thought at The Heritage Foundation, told The Daily Signal.

“Like every human being,” Edwards added, “he had deep personal flaws that brought him crashing down, a victim of his own hubris.”

Murdoch, News Corp.’s chairman and CEO, tapped Ailes in 1996 to form Fox News Channel when he left NBC after three years as president of CNBC, its then-new cable channel.

Ailes molded “fair and balanced” Fox into the country’s dominant cable network—one that has logged 15 straight years at the top of the ratings heap.

The network just had its most-watched quarter ever, Adweek reported, and for the first three months of 2017 was the most-watched basic cable in both prime time and total day viewers. In recent days, however, amid President Donald Trump’s political troubles, both CNN and MSNBC have attracted more viewers than Fox.

Thursday became a day where Fox personalities from commentator Sean Hannity to news anchor Bret Baier shared their admiration for and gratitude to Roger Ailes.

“He was a great patriot,” Hannity said, calling in to a morning show on Fox. “He loved this country. He loved politics. … He enjoyed the battle.”

“Obviously there is controversy in how he left this place, a lot of it,” Baier said, “but you can look back on his life and reflect on those [groundbreaking] moments. … He was always good to me and my family.”

Charles Hurt, opinion editor of The Washington Times and a regular guest on “Special Report” and other Fox programs, tweeted of one such tribute by Fox anchor Shepard Smith:

Longtime Washington journalists remember what it was like before Ailes gave routinely fair treatment on TV news to conservative ideas and conservative Americans.

“Ailes recognized long before others that Middle America yearned for credible news reporting instead of ideological lectures disguised as news reporting, and he acted on the insight,” Mark Tapscott, former executive editor of the Washington Examiner, told The Daily Signal.

“Just imagine what America would be like today if Ailes hadn’t done so,” Tapscott, who now runs the investigative team of The Daily Caller News Foundation, said.

John Gizzi, a veteran Washington reporter for Human Events who now covers the White House for Newsmax, said in an email to The Daily Signal:

Roger Ailes was a consequential figure of the 20th century in two ways: He played a critical role in making Madison Avenue-style TV advertising a lasting part of U.S. political campaigns through his work as Richard Nixon’s media adviser in 1968 and in the midterm elections of 1970.

Second, and better known, as president of Fox News, Roger revolutionized the world of broadcast news and demonstrated that an alternative to the ‘Big Three’ networks was workable and lasting. The world is unlikely to know his kind again and he won’t soon be forgotten.

Matthew Continetti, who is of a newer breed as editor-in-chief of The Washington Free Beacon, tweeted:

I recalled these paragraphs from 2009 @krauthammer speech when I heard of Roger Ailes’s death this a.m.https://t.co/visQ8efID2 pic.twitter.com/Qg6m9xYd5p

“Roger gave me my opportunity to do national news,” recalled Kim McIntyre, a former Fox reporter who is assistant director of broadcast services at The Heritage Foundation, where she also advises The Daily Signal, the think tank’s multimedia news organization.

“He knew I was green, and that the main hiring manager wasn’t sure I could cut it, but Roger saw my potential,” McIntyre told The Daily Signal. “He sent me to a coach for my voice and to improve my performance, and I will be forever grateful. I had an amazing time working at the Fox Southwest bureau and the D.C. bureau. He gave me a chance to fulfill a dream.”

Roger Ailes founded one of the most important and successful media outlets in American history. I will miss his friendship dearly. RIP.

CBS News White House correspondent Major Garrett, asked for comment, emailed remarks he made Thursday morning reflecting on his eight years as a reporter at Fox.

Ailes consistently treated him fairly and with respect, Garrett said. The Fox CEO’s “scandalous” exit was “a terrible way to end any career and professional life,” he said, adding:

But that doesn’t take away from Roger his significant influence on American politics through Richard Nixon, George H.W. Bush, and every succeeding Republican presidency since Fox News went on the air in the late 1990s, or his influence on the larger media structure that we now consider the norm in America.

Ailes first hired Cal Thomas for a CNBC show, then gave him two shows on Fox, “News Watch” and “After Hours,” this last described by the columnist and commentator as the first such program to combine “politics and show business.”

Ailes remained a “great friend,” Thomas said. “The lawsuits aside, and I don’t know how many of those [claims] are true, they’re piling on … he had enormous work ethic and great vision and determination.”

Another well-known Fox personality, Juan Williams, directed The Daily Signal to a remarkably personal column he had just posted at FoxNews.com.

In it, Williams—a liberal who sometimes cringed at Ailes’ enthusiasms—writes of how the Fox News chairman gave him a bigger contract after National Public Radio fired him for admitting on air what were deemed to be inappropriate fears about some Muslims:

Loyalty mattered greatly to Ailes because he knew low moments. He once told me of being out of money and fellow Republicans turning their back on him. He decided that sad character was not him. He preferred going out with a fight and got back in the fight and became the major media executive of his time.

(Williams also recalls meeting Ailes in the late 1980s, when he was a young White House correspondent for The Washington Post: “He was a good source for a black kid with a big Afro who some conservatives found hard to take.”)

A more recent Fox contributor, journalist Katie Pavlich, said in an email to The Daily Signal: “Roger Ailes had a profound impact on the lives of so many and changed the course of American history for the good in countless ways. I am grateful to have worked for him.”

Critics, Thomas recalled, “attacked Roger and Rupert and Fox News for being much less than the high regard with which they held themselves.”

“They still disparage the network, but they can’t disparage its success,” he said.

In Case You Missed It:  Hillary Asks for Donations to the Clinton Foundation and Gets Grilled on Twitter
Posted in Freedoms and tagged Congress, Conservatism, Constitution, Foundry, Freedom, Governments, United Socialist States of America.

What Appears to be another terrorist attack that is similar to the Islamic terror attacks in Nice, France, the German...