Don’t look now, but mathematics is awash in “whiteness.” The left is becoming increasingly unhinged with their rhetoric, yes being smart is now racist. 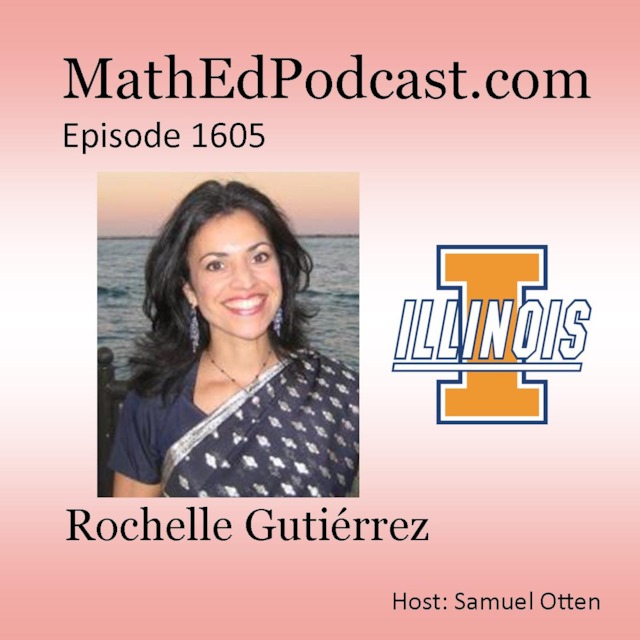 Liberal Angry Lunatic Rochelle Gutierrez, a mathematics education professor at the University of Illinois at Urbana-Champaign in reality is in not a professor as much as she is an indoctrinator.  She contributed a chapter to a new book in which she wrote that “on many levels, mathematics itself operates as Whiteness.” She says the ability to solve geometry and algebra problems and teaching such subjects perpetuates so-called white privilege. So what is she proposing be done, we go back to counting rocks?

Rochelle Gutierrez laid out her views on the subject in an article for a newly published anthology for math educators titled, “Building Support for Scholarly Practices in Mathematics Methods.”

“School mathematics curricula emphasizing terms like Pythagorean Theorem and pi perpetuate a perception that mathematics was largely developed by Greeks and other Europeans,” she says, according to Campus Reform.

She also says that addressing equity in mathematics education will come when teachers can understand and negotiate the politics outside the classroom.

“On many levels, mathematics itself operates as whiteness. Who gets credit for doing and developing mathematics, who is capable in mathematics, and who is seen as part of the mathematical community is generally viewed as white,” she writes.

Further, she says mathematics operates with unearned privilege in society, “just like whiteness.”

SO let get this strait, Rochelle Gutierrez, believes that students of color,  are not capable of learning mathematics, so we must dumb down the subject so it APPEARS that they can grasp the concepts such that we can have an excuse to graduate them so that it looks like we are graduating educated students, even thought they are still as ignorant as boxes of rocks

When will these allegedly “marginalized” communities recognize that people like this lunatic professor are actually the ones keeping them enslaved to the government?  Folks, people like this “professor” don’t WANT you to be educated, and they will do everything and anything in their power to make sure YOU believe you are incapable of learning and succeeding in a competitive world. They desperately need you to believe that so that they can control you and keep you enslaved to the government. That is the most racist and insulting attitude anyone can exhibit.

Gutierrez did not respond to an email from Fox News Tuesday seeking comment.

University of Illinois interim Provost John Wilkin told Fox News that Gutierrez is an established and admired scholar who has been published in many peer-reviewed publications.

In the book Gutierrez points out that mathematics operates as a proxy for intelligence, but asks, “are we really that smart just because we do mathematics?”

Gutierrez says evaluations of math skills can perpetuate discrimination against minorities, especially if they do worse than their white counterparts, Campus Reform reported.

“If one is not viewed as mathematical, there will always be a sense of inferiority that can be summoned” because the average person won’t necessarily question the role of mathematics in society, she writes.

According to the website, Gutierrez adds that there are so many people who “have experienced microaggressions from participating in math classrooms… [where people are] judged by whether they can reason abstractly.”

The only thing  ”white” about math is that it works. While most everything in  liberal agenda  have one thing in common, that is that is at failing, progressive ideologies they don’t work.

This ”whiteness” idea is just another liberal piece of junk that’s designed to stir up trouble, divide us into races and does nothing to fix things. You can’t fix things by getting rid of what works, no matter how much you may wish it to be so.

In Case You Missed It:  WHISTLEBLOWERS: Senior at Aegis Living center was “chemically restrained” and forced to take COVID vaccine, then DIED
Posted in Freedoms and tagged Liberalism.

What the Left Hopes to Achieve by Attacking the Founders

Our nation’s leftist progressives have long sought to undermine the American values expressed in our Declaration of Independence and Constitution....