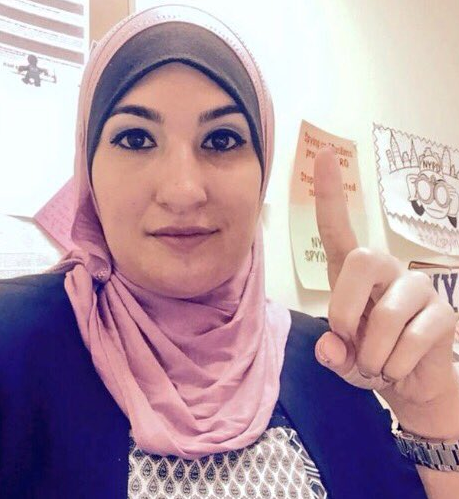 A prominent school in New York has drawn criticism for its upcoming panel discussion on anti-Semitism in the US, after it was announced that well-known pro-Sharia law, anti-Zionist activist Linda Sarsour would be leading a panel featuring far-left, anti-Israel figures.

The New School, a private research university in Manhattan, has organized a special event this month focusing on the problem of anti-Semitism in the US and beyond.

Titled “Antisemitism and the Struggle for Justice,” the November 28th event will feature a panel discussion led by Linda Sarsour, a 37-year-old Brooklyn-born far-left activist who has in the past advocated in favor of Sharia law, compared Zionist Jews to neo-Nazis, praised Arab stone-throwers who target Israeli Jews and suggested that female critics of Islam be sexually mutilated.

In April, Sarsour shared a stage with convicted murderer Rasmea Odeh, lauding the PFLP terrorist who murdered two Israelis before illegally immigrating to the US.

“Antisemitism is harmful and real,” event organizers wrote. “But when antisemitism is redefined as criticism of Israel, critics of Israeli policy become accused and targeted more than the growing far-right.”

ADL National Director Jonathan Greenblatt blasted the choice of panelists, accusing them of “fomenting” anti-Semitism “rather than fighting it”.

“Having Linda Sarsour & head of JVP leading a panel on #antisemitism is like Oscar Meyer leading a panel on vegetarianism. These panelists know the issue, but unfortunately, from perspective of fomenting it rather than fighting it.”

“Seriously there’s not a single Jewish organization that studies this issue and/or fights this disease would take this panel seriously, let alone the institution that put it together. It’s a sad day for the @theNewSchool.”

LOS ANGELES (AP) -- The gunman who killed his wife and four others in a rampage in Northern California this...