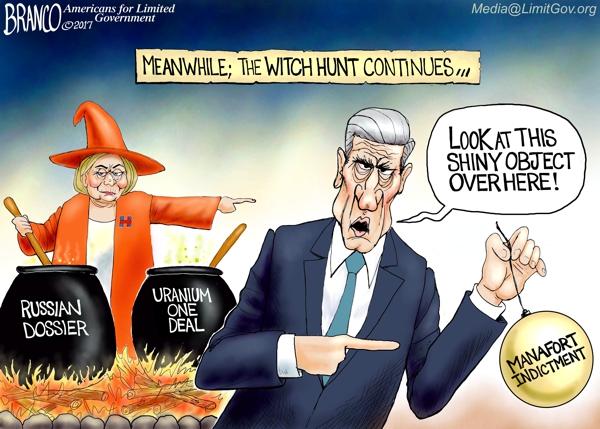 someone put Chicken Little in front of 1600 Pennsylvania Avenue with a news van: the sky would always reportedly be about to fall on the White House but yet never actually hit the ground.

One of the latest stories on the network that uses Darth Vader’s voice to call itself “the most trusted name in news” is CNN’s report that President Trump’s former New York attorney Michael Cohen inked a deal with the DOJ yesterday to plead guilty. Apparently, with the Manafort verdict perhaps imminent, outlets were trying to stir up a frenzy by implying that Cohen could implicate Trump in potential violations of campaign finance laws related to payments allegedly made to Stephanie Clifford, a.k.a. “Stormy Daniels,” and former Playboy Playmate Karen McDougal. And indeed some are now reporting that that has happened.

However, any insinuations that the deal between Cohen and the DOJ will have major implications for the Trump administration are perhaps overstated and here’s why.

First, there has thus far been no indication that any cash changed hands between the Trump campaign and Cohen. Nor would it necessarily be expected that Cohen handled any money from the Trump campaign, especially considering that the campaign had a separate legal team of which Cohen was never a member; Trump largely self-financed his 2016 White House run; and Cohen and Trump had a long-term personally-funded attorney-client relationship dating back long before Trump announced his presidential candidacy. So, regardless of any transactions that may have occurred between Cohen and either Clifford or McDougal using other funds, without any actual campaign cash there can’t be any actual campaign finance violations.

Further, what many in the media seem to be calling “hush money” actually appears to be compensation for entering into a type of legal contract called a “non-disclosure agreement” or a NDA for short. Perhaps tellingly, the MSM doesn’t mention that NDAs are common both in business and in politics, and they most certainly can be a valid campaign expense. Hillary Clinton has had people sign NDAs and so did Barack Obama.

So even if campaign funds went to Clifford or McDougal — and again there’s absolutely no evidence that they did — that still would not mean that any campaign finance laws have been broken.

Finally, the MSM is reporting that companies including AT&T and Novartis may have paid Cohen for access to Trump. If so, then Cohen, AT&T, and Novartis may have all run afoul of various federal laws, but there wouldn’t be any basis for charges against Trump unless it can be shown that he personally knew of those payments and that he pocketed some of the proceeds. Thus far no such proof has surfaced, nor has even rumors of its existence, which does seem unlikely.

In a similar situation, many people were upset when the Obama administration appointed former Comcast CEO and sizable campaign donor Tom Wheeler to chair of the FCC. However, Obama doing so resulted in no criminal charges against anybody.

A string of 3 failed federal prosecutions for non-crimes by the DOJ in Boston is also illustrative for the curious. See here, here, and here.

Smith told Levin that the payments were not directly campaign related and therefore not a violation of the law.

He added that any payments not related to “running a campaign,” even if they incidentally benefited a campaign, did not violate the law because they are personal expenditures.

If Robert Muller wants to find crimes he should look at the Democratic party,  Obama and Hillary both have a long history of hiding money from wealthy donors and not reporting it. That’s a campaign violation and both have been heavily fined for it.

Speaking of Hillary, she did NOT report the money paid out of campaign funds to Fusion GPS for the Russian dossier. That is a campaign fund violation. Perhaps Mueller can better spent his time looking at that?

Which one came closer to colluding with Russia and God knows who else?

In Case You Missed It:  “We Are F*cking Abandoning American Citizens” – Angry Army Colonel Wrote in Frantic Leaked Texts of Biden’s Afghanistan Withdrawal
Posted in Tyranny and tagged FBI, media.

Robert Müeller Finds Himself at Another Dead in With Cohen Deal