Why is Germany defending the nuclear deal with Iran? Germany’s dependency on Russian gas
by Ezequiel Doiny 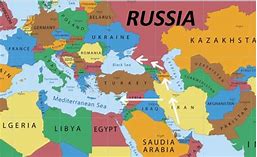 On August 31, 2018 Caroline Glick wrote on Breitbart “Last Thursday, the EU announced it was transferring $20 million to Iran to offset the impact of U.S. sanctions. EU foreign policy commissioner Federica Mogherini said it was part of a wider $58 million aid package to convince Iran to remain in the so-called Joint Comprehensive Plan of Action (JCPOA) — that is, then-President Barack Obama’s nuclear deal with Iran.
The EU’s announcement followed other anti-American, pro-Iranian moves. Those included approving regulations to protect EU firms from U.S. sanctions if they continue to trade with Iran, and barring EU firms from ending their trade with Iran to comply with U.S. sanctions…
The U.S., for its part, protested against the EU’s latest decision to subsidize the Iranian economy. Brian Hook, the newly -appointed State Department special representative for Iran, slammed the EU for the aid funds. Hook released a statement saying that the aid “sends the wrong message at the wrong time.”
“Foreign aid from European taxpayers perpetuates the regime’s ability to neglect the needs of its people and stifles meaningful policy changes.
“More money in the hands of the Ayatollahs means more money to conduct assassinations in those very European countries,” Hook added…
… the deal the Europeans have chosen to fight for is a failure, based on a lie. Far from blocking Iran’s path to a nuclear arsenal, the JCPOA guarantees its path. And the Europeans know it. So the EU is now in an open fight with Washington in order to advance Iran’s path to a nuclear arsenal…
…In conversations with Breitbart News, senior U.S. officials attested that the EU’s policy on Iran is being steered by Germany…Which brings us to the question of what is motivating the German government to side with Iran against Washington.”
http://carolineglick.com/german-led-eu-sides-with-iran-against-america/

What is motivating the German government to side with Iran against Washington? Germany’s dependency on Russian gas.

On July 19, 2018 Dave Keating wrote in Forbes “This week, Russian state-run gas giant Gazprom announced its latest export figures – and one number was of particular interest. The company revealed that Russia’s natural gas exports to Germany increased 12.2% (3.5 billion cubic meters – bcm) in the first half of 2018, compared to the first half of last year.

The increase follows record years for Gazprom exports to Germany in 2016 and 2017, with the country receiving 53.4 bcm last year alone. Germany is the largest buyer of Russian natural gas, and makes up 27.5% of Gazprom’s total exports in 2017.
The report makes for uncomfortable reading in Berlin, where German politicians are trying to defend themselves from Donald Trump’s accusation last week that they are being “controlled” by Moscow because of their dependence on Russian gas… in 2015 Germany imported 35% of its gas from Russia. About the same amount, 34%, came from Norway. 29% came from The Netherlands.
But there is reason to believe that the Russian proportion will go up. Germany is the world’s biggest natural gas importer, having to bring 92% of the gas it consumes in from outside the country. The few gas fields that Germany has will likely be completely depleted within the next decade

But looking only at gas gives a distorted impression of Germany’s energy mix, because gas accounts for only around 23% of Germany’s primary energy use. Germany also gets its energy from nuclear, renewables, coal and oil – little of which comes from Russia.

Germany gets its nuclear and coal energy domestically. But Chancellor Angela Merkel has vowed to phase out both of those energy sources within the next decade. The country has an ambitious renewable energy expansion program in place called the Energiewende which is designed to replace those energy sources with solar and wind. But sceptics say it is more likely to be replaced by Russian gas – hence the economic imperative of the new Nord Stream II pipeline which Trump criticized at the NATO summit.
On Tuesday diplomats from Germany, the EU, Ukraine and Russia met in Berlin to try to bridge the political divides for this project.
But the underlying economic reality is more stark. Germany may not be “controlled” by a dependency on Russian gas at the moment, but if the disappearing coal and nuclear energy is replaced by Russian gas, it would quickly be in a situation where it is. And that has many in the West very concerned.”
https://www.google.com/amp/s/www.forbes.com/sites/davekeating/2018/07/19/how-dependent-is-germany-on-russian-gas/amp/

Russia has an alliance with Iran which includes nuclear, oil and defense investments. In Syria, Russia’s cooperation with Iran include interest in preserving the naval base in Tartus.

We break down the top media moments this week—and plenty of misses. President Donald Trump isn’t just taking on the...