Wikileaks founder Julian Assange published a mass of leaked high security private diplomatic cables that embarrassed several governments, particularly the US, in 2010. Assange is wanted in Sweden for the rape assault of two Swedish citizens. Mr Assange went into hiding at the Ecuadorian embassy in June to avoid extradition to Sweden regarding the rape […] 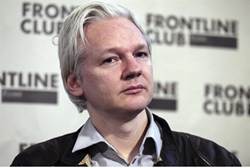 One of the more than two million emails from Syrian political figures, ministries and companies which WikiLeaks began exposing on Thursday reveals that Finmeccanica, an Italian defense giant with extensive interests in the UK, supplied communications equipment and expertise about helicopters to the Syrian regime, even after it had launched a violent crackdown on peaceful […] 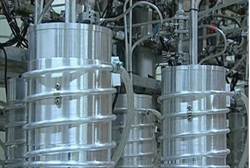 Russia gave Israel codes for breaking Iran’s missile defense system in return for codes of Unmanned Aerial Vehicles (UAVs) Israel sold to Georgia, WikiLeaks claims. The information was among 5 million emails released this week by WikiLeaks, which said it worked in cooperation with the Anonymous hacker group. The leaked information focused on the U.S.-based […]

Today we have access to vast amount of information at the click of mouse but are also faced with those who seek to steal secrets, disable defenses, or otherwise use the Internet for their own purposes. Heritage’s James Carafano addresses these threats in his new book, Wiki at War: “The war for winning dominance over […]

The latest media-barnstorm by Wikileaks founder Julian Assange reveals the private concerns and assessments of Israel’s intelligence services, the Guardian reports. The documents on Israel and the Middle East come as Assange agreed to be interviewed by the Hebrew-language Yedidot Acharonot this week to defend his organization from charges of anti-Semitism. According to the cables, […]

A dual U.S.-Lebanese citizen charged with supporting the Hizbullah terrorist organization has been extradited from Paraguay to Philadelphia. U.S. officials have announced that 38-year-old Moussa Ali Hamdan appeared in court there over the weekend. He faces 28 counts on various charges, including conspiracy to provide funds to Hizbullah from the sale of counterfeit money and […]

Ever since the dawn of arms control negotiations between the United States and the Soviet Union, the issue of antimissile defense systems has featured prominently. In the SALT I Treaty the Russians were allowed to deploy a system around Moscow, the Americans were prohibited from the blowing in the system. The logic behind the limitation […]

WikiLeaks: US Secretly Backed Plans for Rebellion in Egypt

The United States in the past last three years supported ‘democracy activists” who planned to overthrow the Mubarak regime, according to leaked cables quoted by the London Telegraph. “[Unidentified activist] expressed satisfaction with the December 3-5 ‘Alliance of Youth Movements Summit’ in New York, noting that he was able to meet activists from other countries […]

Iran said Thursday that it would be able to continue its uranium enrichment even in the event of an attack on its nuclear facilities. Speaking in Moscow, Iran’s envoy to the International Atomic Energy Agency (IAEA),  Ali Asghar Soltanieh, said that Tehran realized that it was “faced with a very serious threat and so we […]

The famed UK-based Marks Spencer retail chain was at the center of a political and financial power play in Libya two years ago, a secret U.S. cable revealed, according to a report published Sunday in the prominent British Guardian newspaper. The classified document sent to Washington by the U.S. Embassy in Tripoli was part of […]