LONDON — Perhaps the only consistent thing about Britain’s socialized health care system is that it is in a perpetual state of flux, its structure constantly changing as governments search for the elusive formula that will deliver the best care for the cheapest price while costs and demand escalate. 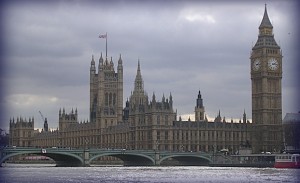 Even as the new coalition government said it would make enormous cuts in the public sector, it initially promised to leave health care alone. But in one of its most surprising moves so far, it has done the opposite, proposing what would be the most radical reorganization of the National Health Service, as the system is called, since its inception in 1948.

Practical details of the plan are still sketchy. But its aim is clear: to shift control of England’s $160 billion annual health budget from a centralized bureaucracy to doctors at the local level. Under the plan, $100 billion to $125 billion a year would be meted out to general practitioners, who would use the money to buy services from hospitals and other health care providers.

The plan would also shrink the bureaucratic apparatus, in keeping with the government’s goal to effect $30 billion in “efficiency savings” in the health budget by 2014 and to reduce administrative costs by 45 percent. Tens of thousands of jobs would be lost because layers of bureaucracy would be abolished.

In a document, or white paper, outlining the plan, the government admitted that the changes would “cause significant disruption and loss of jobs.” But it said: “The current architecture of the health system has developed piecemeal, involves duplication and is unwieldy. Liberating the N.H.S., and putting power in the hands of patients and clinicians, means we will be able to effect a radical simplification, and remove layers of management.”

The health secretary, Andrew Lansley, also promised to put more power in the hands of patients. Currently, how and where patients are treated, and by whom, is largely determined by decisions made by 150 entities known as primary care trusts — all of which would be abolished under the plan, with some of those choices going to patients. It would also abolish many current government-set targets, like limits on how long patients have to wait for treatment.

The plan, with many elements that need legislative approval to be enacted, applies only to England; other parts of Britain have separate systems.

The government announced the proposals this month. Reactions to them range from pleased to highly skeptical.

Many critics say that the plans are far too ambitious, particularly in the short period of time allotted, and they doubt that general practitioners are the right people to decide how the health care budget should be spent. Currently, the 150 primary care trusts make most of those decisions. Under the proposals, general practitioners would band together in regional consortia to buy services from hospitals and other providers.

It is likely that many such groups would have to spend money to hire outside managers to manage their budgets and negotiate with the providers, thus canceling out some of the savings.

David Furness, head of strategic development at the Social Market Foundation, a study group, said that under the plan, every general practitioner in London would, in effect, be responsible for a $3.4 million budget.

“It’s like getting your waiter to manage a restaurant,” Mr. Furness said. “The government is saying that G.P.’s know what the patient wants, just the way a waiter knows what you want to eat. But a waiter isn’t necessarily any good at ordering stock, managing the premises, talking to the chef — why would they be? They’re waiters.”

But advocacy groups for general practitioners welcomed the proposals.

“One of the great attractions of this is that it will be able to focus on what local people need,” said Prof. Steve Field, chairman of the Royal College of General Practitioners, which represents about 40,000 of the 50,000 general practitioners in the country. “This is about clinicians taking responsibility for making these decisions.”

Dr. Richard Vautrey, deputy chairman of the general practitioner committee at the British Medical Association, said general practitioners had long felt there were “far too many bureaucratic hurdles to leap” in the system, impeding communication. “In many places, the communication between G.P.’s and consultants in hospitals has become fragmented and distant,” he said.

The plan would also require all National Health Service hospitals to become “foundation trusts,” enterprises that are independent of health service control and accountable to an independent regulator (some hospitals currently operate in this fashion). This would result in a further loss of jobs, health care unions say, and also open the door to further privatization of the service.

The government has promised that the new plan will not affect patient care and that the health care budget will not be cut. But some experts say those assertions are misleading. The previous government, controlled by the Labour Party, poured money into the health service — the budget is now about three times what it was when Labour took over, in 1997 — but the increases have stopped. The government has said the budget will continue to rise in real terms for the next five years, but it is unlikely that the increases will keep up with the rising costs of care and the demands of an aging population.

“The real mistake that is being made by the health secretary is to drive through an ideologically determined program of reorganization which is motivated by the principle of efficiency savings,” said Robin Durie, a senior lecturer in politics at the University of Exeter. “History shows clearly that quality will suffer as a consequence.”

Dr. Durie added, “The gulf between the rhetoric of the white paper and the technicalities of what is involved in the various elements of the overall reorganization being proposed is just extraordinary.”

For example, he asked, how will the government make good on its promise to give patients more choice — a promise that seems to require a degree of administrative oversight — while cutting so many managers from the system?

Dr. Vautrey said the country needed to have a “mature debate about what the N.H.S. can and cannot afford.”

He said: “It is a sign of the mixed messages that government sends out. They talk about choice and competition and increased patient expectations at the same time as they tell the service they need to cut costs and refer less and prescribe less. People need to understand that while the needs of everyone may be met, their wants will be limited.”

As they prepare for the change, many doctors are wondering whether it will be permanent this time around.

“Many of our colleagues have seen this cycle of change repeatedly,” Dr. Vautrey said. “Many would look at previous reorganizations and compare it to this one and wonder how long the current change will last before the next one comes along.”

Pandering to Muslims at Taxpayer Expense