Paul L. Williams, Ph.D.– Iran is the fourth-largest oil producing country in the world; yet, it is now running out of gas. 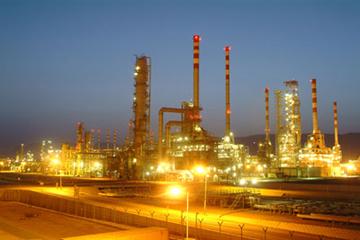 The Shiite country lacks the refining capacity to transform their oil reserves into gasoline or diesel.

In order to meet the demands of domestic consumption, Teheran must import 130,000 to 150,000 barrels of gasoline, diesel, jet fuel, and other refined petroleum products a day.

Without such imports, the Iranian economy would be crippled; air transport would be brought to a standstill; trains and buses would stop running; out-fired power plants would go dark; and trucks delivering vital supplies to cities would remain parked in garage warehouses.

The problem has been greatly exacerbated by the economic sanctions against Iran which President Obama signed into law on July 1.

The sanctions impose stiff penalties on any company – – foreign and domestic – – that delivers refined petroleum products to Iran or that assists the Iranian government with domestic refining.

Lloyd’s of London – – which accounts for 20% of the global marine insurance market – – will no longer insure or reinsure petroleum shipments to Iran.

The problem is further complicated by the decision of the Ahmadinejad regime to secure public support by subsidizing the cost of domestic fuel prices. Motorists in Teheran pay less than $.35 a gallon for gasoline – – about one-seventh of the costs for Americans.

As a gesture of solidarity with Iran, Venezuela’s President Hugo Chavez pledged to supply 20,000 barrels of gasoline a day. But Chavez has been unable to keep this promise since three of his largest refineries are located in the United States.

The only solution for the Iranian government in this current crisis, according to economist Bob Czeschin, resides in its attempt to cut off oil supplies to the West by blocking the narrow Strait of Hormuz through which thousands of freighters carrying one third of the world’s oil supplies pass every day.

This plan could be implemented with little or no difficulty. Czeschin explains: “A couple of tankers sunk in the right place could easily close the Strait and cut off those supplies. So could anti-shipping mines – – which Iran has in abundance.”

Only by such tactics, Czeschin and other economists believe, can President Ahmadinejad ward off the possibility of a popular uprising, if not civil war.

In any case, the current situation is certain to cause oil prices to skyrocket and the lives of middle-class Americans to undergo an immediate and drastic transformation.

Peter Schiff- Watching economists and media analysts react to breaking economic news is a bit like looking at a flock...