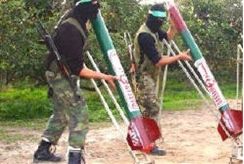 A new left-wing public relations campaign seeks to persuade the Israeli public that the Palestinian Authority truly wants peace – despite all indications to the contrary.

The aggressive initiative includes quotes from leading PA spokesmen, billboards, and widespread media coverage. The objective is to imbue the Israeli public with the sense that the ball is in its court, and that the PA leadership is truly ready to make peace.

Rejection of Offers, Culture of Hate
This, despite the PA’s refusal in recent years to accept generous proposals proffered by ex-Prime Ministers Barak and Olmert that included some 98% of Judea and Samaria.

The campaign also does not mention what some have called the “Palestinian Culture of Hate,” which includes the naming of educational camps, sports tournaments, streets and more in memory of terrorists who have murdered dozens of Israelis.

Poll of PA Opinions
Furthermore, a survey carried out by a PA organization this month finds that the Arab public is, in fact, not quite ready for peace. 86.3% of those polled – 3,001 Arab residents in the Palestinian Authority – see violence for the purpose of achieving a Palestinian state as anywhere between “essential” and “tolerable.”

Specifically, over 55% view violence as either essential or desirable, nearly 31% see it as either acceptable or tolerable, and only 13.7% say it is unacceptable.

In addition, 75% of those polled say the demilitarization of a future PA state is “unacceptable,” and over 84% say it is “essential” that all of Jerusalem, including the areas that have been Israel’s capital since 1948, must be part of a future PA state.

The survey was conducted this month by “Arab World for Research & Development,” based in Ramallah and Gaza.

PA Doublespeak
Yet another phenomenon that the new initiative will have to overcome if it wants to persuade Israelis that the PA wants peace is the duplicity of the PA leaders. Commentator Daniel Pipes writes that Salam Fayyad, known as the PA’s prime minister, announced in English in Aspen, Colorado last year that Jews are welcome to live in a future state of Palestine where they “will enjoy [full] rights and certainly [not less] than Israeli Arabs enjoy now in the State of Israel.”

However, a few days earlier, chief PA negotiator Saeb Erekat said just the opposite in Arabic: “Nobody should agree to Israeli settlers remaining in the Palestinian [state]… Some say that we will [be willing to] grant the settlers citizenship. We reject [this idea] out of hand.”

Paul L. Williams, Ph.D.- Iran is the fourth-largest oil producing country in the world; yet, it is now running out...