California is back under the spotlight. California representatives are saying they have only enough money in the budget to pay for state assistance until November 2010. What happens if California defaults?

Sacramento Bee’s Dan Walters has tried to count total California public debt, including that of local municipalities, and his total reaches $500 billion. Whatever the amount, the impact of default could be larger than the debt amount would imply. Other states such as New York, Illinois, New Jersey, for example are in almost as bad shape as California, and they could follow California’s example. The realization that a state could default would shock markets. Given the precarious state of our economy and the financial sector, another fiscal crisis would be disastrous, with impacts far beyond California’s borders. 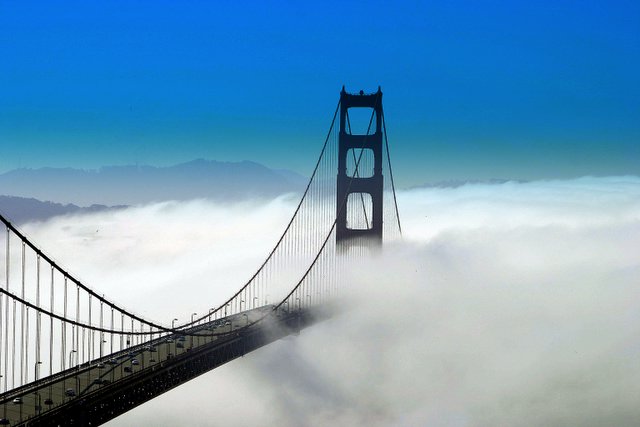 The governor and legislature used every trick in their books when they created the most recent budget. They even resorted to mandatory interest-free loans from the taxpayers. Now, they have no idea where to go. The Democrats have declared that they will not allow budget cuts. The Republicans will not allow tax increases. They have probably run out of smoke and mirrors, although their ability to engage in budget gimmickry is enough to make an Enron accountant blush. No one is considering raising revenues by increasing economic activity.

In my opinion, California is now more likely to default than it is to not default. It is not a certainty, but it is a possibility that is increasingly likely.

Ideally, we’d see a court-supervised, orderly bankruptcy similar to what we see when a company defaults. All creditors, including direct lenders, vendors, employees, pensioners, and more would share in the losses based on established precedent and law. Perhaps salaries would be reduced. Some programs could see significant changes. This is distressing, but it is better than other options.
Banks a second time around could refuse to honor the vouchers, meaning employees and vendors won’t be paid, and state operations will come to a halt. This could happen if CA legislature locks up and is unable to act on the current $21 billion problem.

Unfortunately, a formal bankruptcy is not the likely scenario. There is no provision for it in the law. Consequently, absent framework and rules of bankruptcy, the eventual default is likely to be very messy, contentious and political.
If California continue on the current path, the worst case is also the more likely case. Bad news keeps dribbling out. One day they find they are paying 30-percent-higher-than-anticipated interest on a bond issue. A few days later, they find the budget shortfall is billions of dollars higher than projected just a short time ago. Every month brings new bad news. The risk that one of those news events triggers a crisis grows with every news event.

Given California’s recent history, it is difficult to believe that the people with the authority and responsibility for California’s finances can act responsibly, but that is what we need.

Responsible action would be creating a gimmick-free budget that places California finances on a sustainable path, and provides an environment that allows for opportunity and job creation. But, sadly, Sacramento probably cannot draft an honest balanced budget, and will thus need to plan for California’s eventual default.

Every Empire historically falls. It won’t be a couple states failing it will spread and devour the whole country. USA is now the USSR circa 1988. USA could break up into pieces and be many state-nations.

USA manufacturing base is gone, USA is a shell, a money printing machine, that’s about it!. The USSR once in collapse was unable to help any of its allies. In fact it has taken over two decades for Moscow to recover and Russia to emerge from the debris of USSR