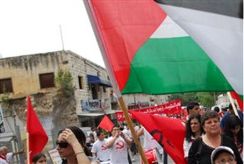 France has threatened to recognize a unilateral declaration of statehood by the Palestinian Authority if final status talks with Israel are “delayed.”

French Foreign Minister Bernard Kouchner was quoted Sunday in an interview with the Arabic-language newspaper al-Ayyam as saying his government would not rule out the possibility of recognizing the unilateral establishment of a new PA country.

Kouchner, who himself is Jewish, said France would consider the option if PA talks with Israel were to suffer from “delays,” although Paris preferred the two-state solution to be negotiated between the two entities.

A United Nations-brokered resolution to the years-long deadlock, however, remained an option, he said.

“The international community cannot be satisfied with a prolonged deadlock,” he said. “I therefore believe that one cannot rule out in principle the Security Council option,” he added, according to the AFP news agency.

Earlier this year, PA Prime Minister Salam Fayyad warned he would move to unilaterally declare statehood in 2011 if no agreement had been reached by that time.

Fayyad, who formerly worked for the World Bank, is popular with the international community, although he has made few allies among his own government and has made a number of enemies.

He was later forced to backtrack from the statement after PA Chairman Mahmoud Abbas told interviewers that he opposes the unilateral establishment of a PA state.

“Before you teach us how to resolve conflicts here, I expect at the very least that you solve all the problems in Europe,” Lieberman reportedly told the two men.

“In 1938 the European community decided to appease Hitler instead of supporting the loyal ally Czechoslovakia, and sacrificed it without gaining anything. We have no intention of becoming 2010’s Czechoslovakia and will insist on Israel’s vital interest,” he said.

As of October 7, 2010 there have been 165 rockets fired at Israel this year, including a Qassam rocket which was fired October...