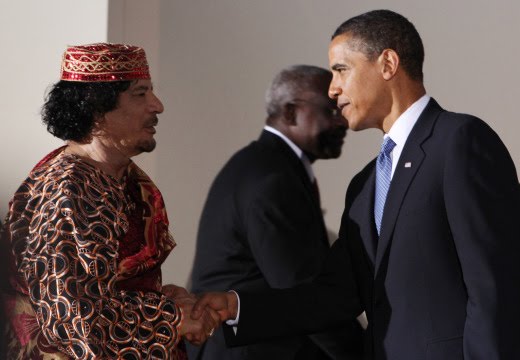 The Obama Administration’s explanations for why the U.S. intervened in Libya reveal a common, disconcerting theme: a reliance upon the relatively new idea of a “responsibility to protect” (R2P).

In a letter to Congress, President Obama announced that Libyan dictator Muammar Qadhafi “has forfeited his responsibility to protect his own citizens.” And, in his speech to the nation explaining the military operations against Libya’s leader, he said “we have a responsibility to act.”

Where does this idea come from? It appears to have gained prominence in a report commissioned by the United Nations in 2001. At first glance, this idea seems to be something that many people would support, but in practice, R2P conflicts with American national interests. As Heritage Vice President Kim Holmes put it, R2P is “riddled with contradictions” and is “pure sophistry.”

The impetus at the U.N. behind R2P came in the wake of the genocides in Rwanda and Srebrenica in the 1990s. Grappling with how the world should respond to such atrocities, the proponents of R2P based this idea on two arguments: (1) Every government has a responsibility to protect its citizens from large-scale loss of life like genocide; (2) when a government fails to do so, the “international community” takes on the responsibility to protect, even if it means military intervention.

One problem with this idea, though, is that the U.N. has no way to independently implement it. The founders of the U.N. didn’t want an organization to become more militarily powerful than nation-states. Thus, the U.N. Security Council has to rely on member states to agree to use their militaries to help man U.N. peacekeeping missions.

Another problem is that the U.N. Security Council usually has several governments sitting on it that are brutal oppressors of human rights. These governments are far more interested in protecting themselves from such interventions and diverting attention away from themselves. As a case in point, shortly after letting the Security Council authorize international intervention in Libya, several of these countries immediately began to criticize the intervention.

Most importantly, R2P simply has no place in U.S. foreign policy. The U.S. military exists to protect and defend American citizens and their interests, not the world’s. The decision to use or not use U.S. forces and assets in U.N. missions must reside purely within the hands of American officials, who—as stipulated in the Constitution—are responsible to and held accountable by the American people via a simple system: elections. Giving the rest of the world any authority to exercise decision-making authority over where and when our forces are used is dangerous and wrong.

Scott Nason currently is a member of the Young Leaders Program at the Heritage Foundation. For more information on interning at Heritage, please visit: http://www.heritage.org/about/internships-young-leaders/the-heritage-foundation-internship-program

The latest media-barnstorm by Wikileaks founder Julian Assange reveals the private concerns and assessments of Israel's intelligence services, the Guardian...