(Businessweek)U.S. executives hoping to convince Congress to rewrite the nation’s complicated tax code have been regaling lawmakers with tales from other lands. In congressional hearings and speeches, they’ve argued that the U.S. is out of step with the rest of the world when it comes to corporate taxes. In an August speech at Dartmouth College, General Electric (GE) Chief Executive Officer Jeffrey R. Immelt said the United Kingdom, Germany, and Japan had more enlightened tax systems. “Without any dispute, I would take any of those tax policies vs. the U.S. today,” Immelt said.

Gregory J. Hayes, the chief financial officer of United Technologies (UTX), told the House Ways and Means Committee earlier this year that businesses in Switzerland have an edge over their American peers because the nation has a lower corporate tax rate and does not tax companies’ offshore income. 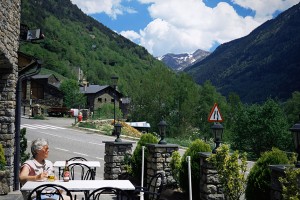 Even Communist countries—not famed for their business-friendly policies—are being held up as exemplars. Greg Lang, president of PMC-Sierra (PMCS), a semiconductor maker based in Sunnyvale, Calif., noted in July testimony before the Senate Finance Committee that China has a lower core tax rate and offers even more attractive rates for new technology startups. His industry, Lang said, got a special mention in China’s latest five-year plan. “The semiconductor industry was invented here, and the U.S. can remain the leader,” he told the committee. “But industry leadership is not an entitlement. It’s not guaranteed.”

Such arguments are part of a lobbying push by multinationals to overhaul the U.S. corporate tax code, with its 35 percent top rate and required payments on repatriated foreign earnings. In cherry-picking their favorite provisions from foreign tax laws, though, the corporate chiefs don’t tend to dwell on the details.

There’s no question that a U.K.-style tax system would be a boon for multinationals like GE, which has $94 billion in assets outside the U.S. The U.K. does not tax income brought home from foreign subsidiaries. And the country’s top corporate tax rate is set to fall to 25 percent next year. Yet Britain’s tax regime is different from America’s in another crucial way, one that Immelt neglected to mention at Dartmouth: The U.K. imposes a 20 percent value-added tax on products and services, a levy that helps to keep the nation’s corporate taxes lower. GE declined to comment for this story.

The VAT, essentially a national sales tax that is applied at each stage of production, is the norm in most industrialized countries. Japan, Germany, China, and Switzerland all collect VAT, with rates ranging from 5 percent to 19 percent. In most major economies, consumption taxes generate revenue of more than 10 percent of gross domestic product. In the U.S., where consumption taxes are applied mostly at the state level, the proportion is half that much.

And while it’s true on paper that the U.S. top marginal rate of 35 percent is one of the highest anywhere in the world, the actual gap is often considerably smaller, thanks to the myriad tax breaks that companies can use. In fact, the U.S. has a lower overall tax burden measured as a percentage of GDP than all but three of the 33 major industrialized countries (Chile, Mexico, and Turkey) included in a study by the Organization for Economic Co-operation and Development. In 2008, the U.S. collected federal, state, and local taxes equivalent to 26.1 percent of total economic output, quite modest by international standards, the OECD data show.

Failing to consider other countries’ VAT systems is a “glaring weakness” in the corporate push for a tax code overhaul, says Representative Ron Kind(D-Wis.), who sits on the Ways and Means Committee. In response to questions from legislators, Hayes acknowledged that the VAT is “probably the most efficient way to raise revenue,” and said Congress should review it.

Lang, of PMC-Sierra, recognizes that a true dollar-for-dollar comparison of operating costs in the U.S. and China isn’t always useful, partly because of the U.S. advantage in secondary education and legal protections for intellectual property. Nonetheless, in an e-mail he listed a range of benefits Asian countries offer companies, including tax holidays and subsidies. “We need to model the economic competitive intensity of these programs,” Lang wrote, “but not the programs themselves.” So scratch that 5-year plan.

Liberals have spent the past two weeks asking Congress to write a blank check for federal disaster funding. They’ve concentrated...