It is gratifying to see President Barack Obama condemn the disgraceful storming of the British Embassy in Tehran by thugs acting at the behest of the Iranian regime. After all, Obama has been notoriously slow in the past to criticise the brutal actions of the Iranian government after initially extending the hand of friendship to it. But did he really need to make another embarrassing foreign policy gaffe while doing so?

In a press conference this evening, the president referred in stumbling fashion to the “English Embassy” in Iran instead of the British Embassy. One can only imagine the kind of howls of derision that would greet any presidential contender if that kind of basic error were made before, say, the editorial board of the Milwaukee Journal Sentinel. You can watch the video above. 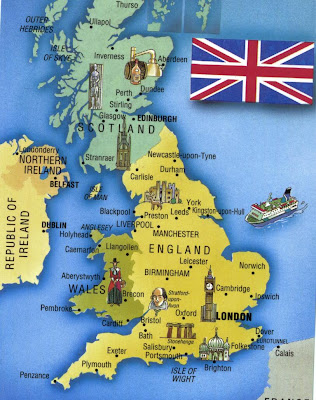 In case the president is unaware, England forms part of Great Britain, which also includes Scotland and Wales, though not Northern Ireland, which is part of the United Kingdom. There is no such thing as an “English” embassy anywhere in the world, and there hasn’t been one for several centuries.

Perhaps we shouldn’t be surprised by this latest slip-up by President Obama. After all he recently described France as America’s closest ally, and famously declared that he has traveled to no less than 57 states. But it would be nice if the leader of the free world bothered to look at a map once in a while, or even paid a visit to the British Embassy in Washington, currently housing the Churchill bust that Mr. Obama unceremoniously threw out of the Oval Office soon after his inauguration.

Obama’s latest gaffe also raises questions about his overall approach to the Special Relationship. This has been a presidency that has significantly downgraded traditional US alliances, from Britain and Israel to eastern and central Europe, while appeasing brutal enemies like Iran as well as strategic adversaries such as Russia. All too often, Washington’s allies have been taken for granted, and even undermined. As a senior State Department official put it in 2009, in the eyes of the current administration: “there’s nothing special about Britain. You’re just the same as the other 190 countries in the world. You shouldn’t expect special treatment.”

From siding with Argentina on its call for UN-brokered negotiations over the sovereignty of the Falklands, to placing “a boot on the throat” of BP, Britain’s largest company, the Obama administration has downgraded relations with America’s closest friend and partner on the world stage. The Special Relationship still matters greatly on several key fronts for the United States, from the NATO-led operation in Afghanistan to the global war against Islamist terrorism. US-British military and intelligence cooperation remains vital to the defense of the free world, and cooperation between London and Washington will be imperative in standing up to an increasingly aggressive Iran. The White House will no doubt dismiss this latest faux pas by the president as a slip of the tongue, but it cannot disguise the fact that it has on many occasions treated Britain and other key allies with an air of disdain, and even contempt.

We doubt many will be surprised by the latest presidential polling update from Gallup, and certainly not the record nearly...