The Treason Clause of the U.S. Constitution specifically delineates what process should be taken when dealing with American citizens who are accused of becoming enemy combatants against their own country. This clause does NOT allow the federal government to assassinate them under any pretense whatsoever. What it does allow for, is due process, the requirement of at least two plausible witnesses, and a jury of their peers to hear both sides of the case. 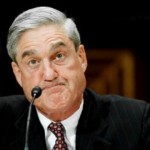 What the Bush and Obama administrations have done over the past decade is very carefully craft a judicial “grey area” in which the law is left open to very broad interpretation, and, they have circumvented civil liberties by attempting to re-categorize certain activities and undesirables using national security and military protocols.

Ultimately, this feeds an atmosphere not of order but of lawlessness on the part of the political machine. Legislation like the Patriot Act, the NDAA, and the executive option of assassination of American citizens, completely removes the foundational pillar of innocence until proven guilty. Leadership must be bound by SPECIFIC legal guidelines of what it can and cannot do. The law has to apply to government, even more so than the citizenry, otherwise, the balance of power is lost, and so is our nation.

FBI Director Robert Mueller tries to evade the question of whether the federal government considers Americans on American soil as viable targets for assassination. By doing so, he actually answers quite clearly our concerns in the Liberty Movement. By avoiding the query, he silently admits that the government is, indeed, at least considering the possibility of enemy combatant status for citizens here at home.

There is no longer any need for debate over where exactly D.C. stands on this. Obama has tried to dance around the issue of the NDAA and indefinite detention, “promising” he will not apply it to U.S. citizens, but clearly, if he is willing to kill us without trial, then he is certainly willing to throw us in a concrete box without trial.

The bottom line; the people of this country are not going to acquiesce to this kind of totalitarian behavior from a historically unpopular Congress and President, and so, the elites have to engage in word games and semantics until they achieve an event or set of social circumstances that generate enough fear and desperation within the populace to force such abuses of power through…

In Case You Missed It:  New Documentary “Standing In the Gap” Discusses How Our Votes Have Been Stolen and Manipulated for Decades
Posted in Freedoms, Tyranny and tagged Crime, Freedom, Obama, US Citizen.

US President Barack Obama signed his name to H.R. 347 on Thursday, officially making it a federal offense to cause...