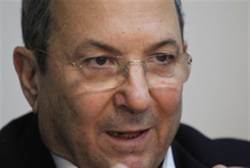 “They do so while repeatedly disobeying Security Council decisions and directives from the International Atomic Energy Agency in Vienna,” Barak said. “The last report by [IAEA Director General Yukiya] Amano clarifies the intelligence picture in an unmistakable way.”

Barak spoke at the traditional Yom Ha’atzmaut ceremony in which he hosted senior IDF brass past and present at the IAF House in Herzliya.

Barak said that there is no reason to think that Iran will stop moving toward military nukes once it believes its program is immune to attack. He noted that North Korea and Pakistan both achieved nuclear weapons despite tough sanctions.

Barak acknowledged that Israel’s “stopwatch” on Iran is “ticking faster” than the US’s, because Israel’s abilities are more limited. . .

In 2007, Congress halved the federal student loan rate to 3.4 percent but triggered the rates to increase to 6.8...