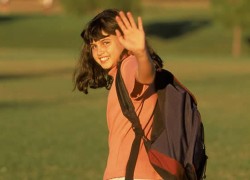 Earlier this month, schools across the country celebrated National Charter Schools Week. This commemoration comes 20 years after Minnesota passed the first state charter school law and City Academy in St. Paul became the first charter school to open its doors. Since then, 40 more states and the District of Columbia have adopted some form of charter school legislation, providing new options to parents who are seeking a choice in their children’s education.

Ursula Wright of the National Alliance for Public Charter Schools (NAPCS) described the basic goal of charters: “Every parent and every family should be an informed customer…Based on the specific needs of their child, [parents] should identify which schools would provide the environments that would allow their child to flourish.”

An experimental idea just 20 years ago, charter schools have now become a popular educational option. Since Ray Budde first defined the term “charter school” at the University of Massachusetts–Amherst in 1988, more than 5,600 such schools have opened, serving more than 2 million students today. The need for choice in public education became increasingly evident over the past 40 years. Heritage’s Jason Richwine wrote about such a need in 2010:

Rather than obsessing over elusive test score gains, parents seem to have a more nuanced and child-specific set of criteria: They want schools that are safe, cultivate a positive attitude about learning, and best fit their children’s abilities and interests. Only school choice programs can satisfy these diverse preferences and expectations.

Thus, it’s no surprise researchers found, in a 2010 Department of Education (DOE) study, that parents of charter school students are more satisfied with their children’s schools and rate them more highly than parents of students in traditional public schools.

Charter schools represent an invaluable asset in public education in America. They allow for a more specialized and student-centered approach to education. As Richwine writes: “Parents want choice in education, and the overwhelming majority of parents who choose charter schools are happy with that choice. As the DOE’s evaluation makes clear, charter schools can offer real benefits to students and their families.”

In Case You Missed It:  Trump Juice: Why is Trump given a hall pass on killer injections?
Posted in Freedoms and tagged Foundry, Freedom, Governments, United Socialist States of America.

When sermons of Obama’s Chicago pastor, Jeremiah Wright, surfaced during the Iowa primaries, it threatened to derail Obama’s campaign. ABC...