Iran’s Revolutionary Guards’ Quds Force terrorists and their proxies are behind recent attacks on U.S. officials and may soon try to strike in the United States, counterterrorist officials in the Obama administration told a Senate committee Wednesday. 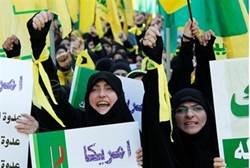 Testimony at the Senate Homeland Security and Governmental Affairs Committee hearing so far has largely been ignored by mainstream media and was reported only by the conservative Washington Times.

“We have seen an uptick in operational activity by the Quds Force over the last year or so,” National Counter-Terrorism Center Director Matthew G. Olsen said at the hearing, adding that the elite military cell, “poses a threat beyond the immediate [Middle East] region” as well as U.S. territory.

Olsen noted that the federal government last year prosecuted a senior member of the Quds for his part in a failed plot to assassinate the Saudi Arabia ambassador to the United States by bombing a Washington restaurant.

Another “significant source of concern for us” is the Iranian-funded Hizbullah terrorist organization, said Kevin L. Perkins, associate deputy director of the FBI, citing Hizbullah as “a serious problem, a serious threat.”

Reports from defectors from the Syrian army, most recently Major General Adnan Sillu, confirm fears that the Assad regime has desk drawer plans to give Hizbullah access to chemical weapons for rocket attacks on Israel.

Sillo told the Times of London what most observers suspect – that Syrian President Bashar Assad has “nothing to lose” by letting Hizbullah use chemical weapons because “if a war starts between Hizbullah and Israel, it will be only good for Syria.”

Anti-Islam videos posted earlier this year sparked only a shadow of the lethal rage over the “Innocence” film, indicating that...